Growing up in California I have always loved going to Mexico. Sometimes we would drive the three hours south to Baja or we would often catch a cheap flight there. When I was pregnant with Gigi I took a trip with Richard down to the Yucatan, an area between Belize and Cancun. We took a side trip into the interior where we visited an old colonial town called Vallodolid. We were the only tourists there probably and that suited me just fine. The 16th century town square was magical and at night boys and girls  met there for ice cream after  attending the Ash Wednesday Mass at the old Cathedral on the square. During the day Mayan women from nearby villages occupied the storefronts along the square selling their Huipil blouses and dresses. 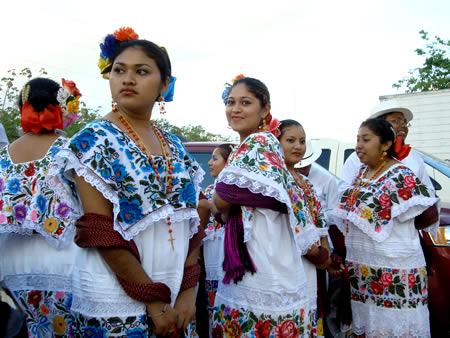 The huipil is a garment worn as a blouse by Mayan women since ancient times.  It is generally embroidered around the neck, in the shape of a cross. The garment is then folded in half and the sides stitched up. The stitching stops on the sides to allow for armholes. The huipil is worn over a skirt which is tied with a woven belt.
The neck is elaborately embroidered with designs representing the cosmos, the gods and their helpers. 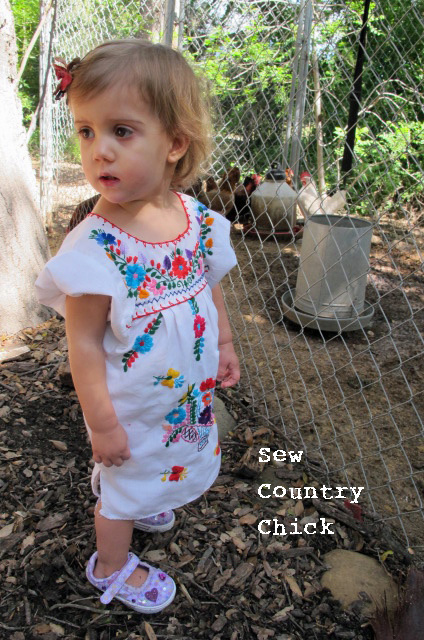 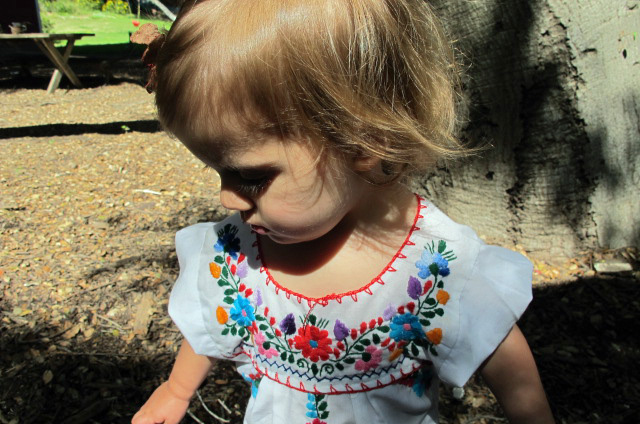 So when I was at the thrift shop the other day and I found this sweet little baby huipil for only a dollar I had to buy it to remind me of my trip.

Sewing For kids Saturday and a New Dress for Gigi