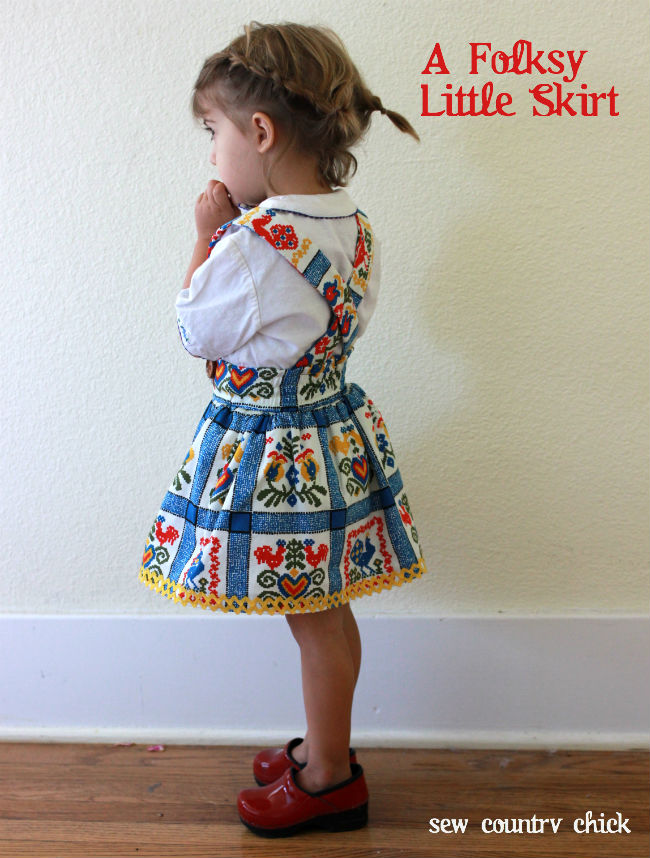 This is my first project I am posting in the Kids Clothing Week Challenge Flickr group for the week.
I bought this huge roll of what looked like 70’s upholstery weight cotton twill at The Goodwill last year. There is a lot of it, probably 20 yards, at least.
I love it. 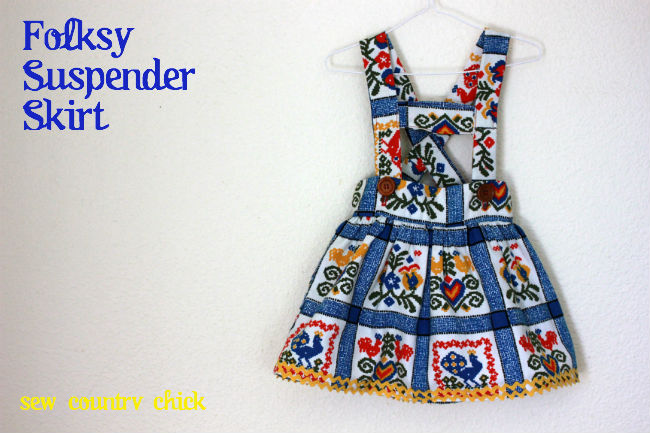 I have been feeling inspired by Folksy things lately and wanted to make a skirt to go with Gigi’s Garden Gnome Hat I made last week.
But I also wanted it to be a skirt that she could just wear anytime, not a costume. That line can be very thin when it comes to little kids!
If you can’t wear a costume just for the heck of it when you are 3 then this world is just too strict.
Not that this skirt really looks like a costume.
It’s more like a regional dress from a Northern European country. 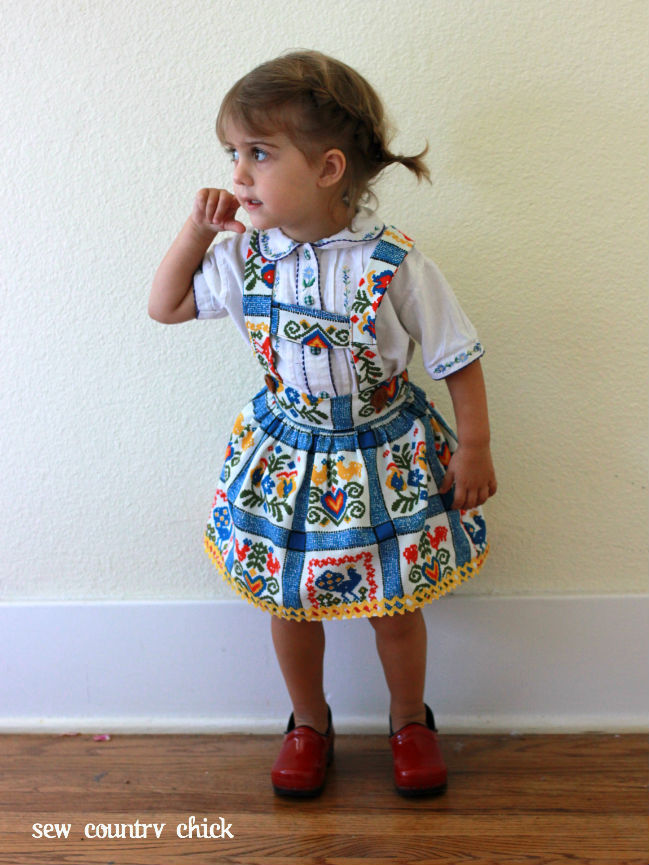 I made a waistband a few inches bigger than Gigi’s waist, then added some elastic to the back of it. The skirt is just two rectangles twice the width of her waist. Then I measured over her shoulders to determine how long to make the straps. 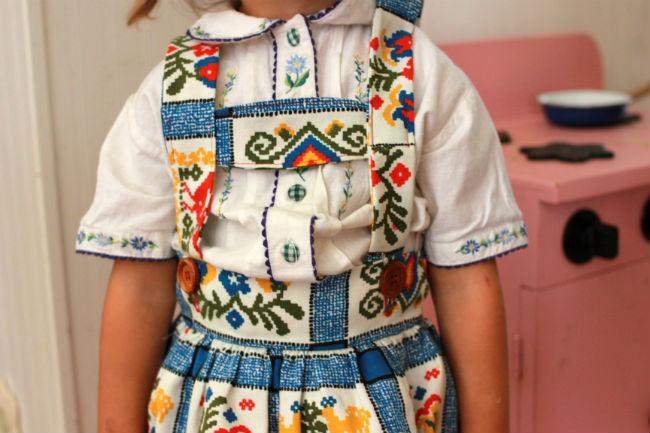 They cross in the back and have this little piece in the middle of the straps so they won’t slip off of her shoulders. 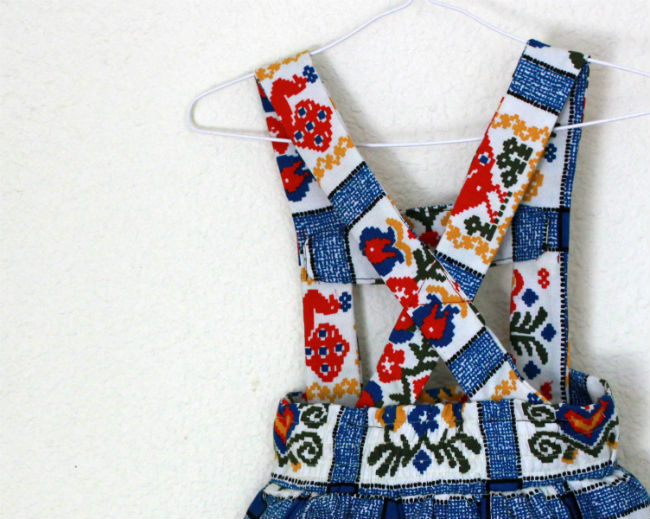 They attach to the waistband with two big, wooden buttons. 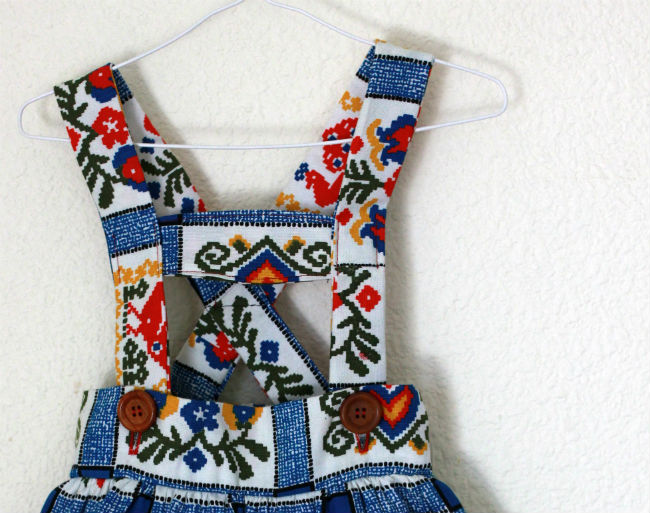 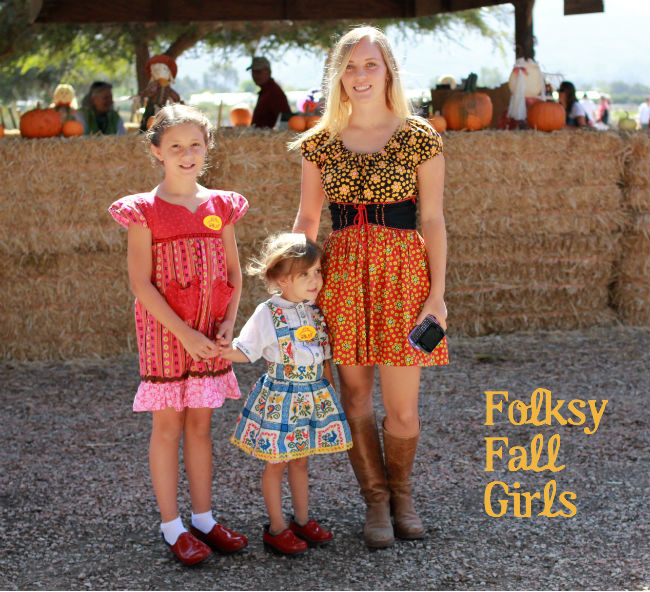 Her big sisters were so inspired by her folksy outfit that they also got in the spirit and wore their own folksy dresses to the pumpkin patch today.
Lily is wearing a Mod Kids pattern I made about two years ago. I can’t believe she can still fit into it. It’s just on the verge of being too small. Isabelle is wearing a dress we bought at a flea market in San Francisco on her 16th birthday and my vintage Frye boots.
They made quite a splash at the pumpkin patch! 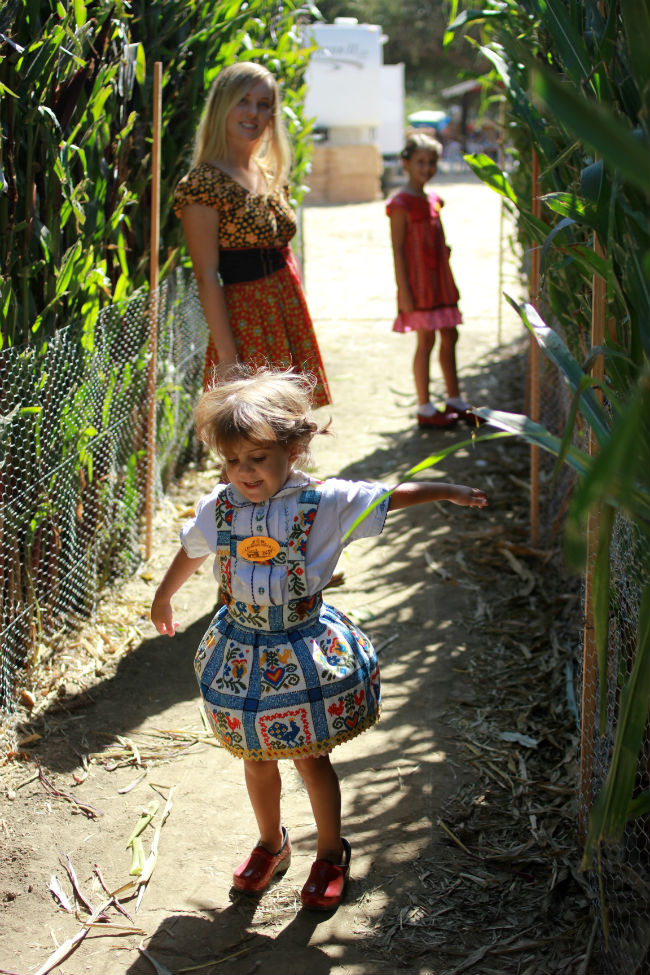 The corn maize was a lot of fun!

Design It Yourself Clothes Draft Along : Fitting the A line skirt