I went to my first estate sale today. It was in the San Fernando valley.
Northridge to be exact.
Northridge is a bedroom community in the suburbs of LA. A lot of young families moved to the area after World War II to buy the affordable yet homogenous homes that quickly took the place of the orange fields that had once been there. Many of those first homeowners are dying now and Estate Sales are common. It’s a little strange walking through a dead person’s home. In speaking to a woman named Victoria who was working at the sale I learned that the woman whose home it had been had been a professional singer but she also sewed a lot and her name was Marge. In the garage I found a large box of patterns stuffed on a shelf as well as lots of fabrics and notions. I was starting to go through the box when Victoria told me I could just take the whole thing for ten dollars. Why not?, I thought. So I paid and carried it to my car. I then returned to get some of the fabric and notions which were another ten dollars and I couldn’t leave without a few record albums as well. I have a weakness for kitsch and left with some great sixties soundtracks. The Valley of The Dolls, Westside Story, The Sound of Music, Porgy and Bess, and The Lady and The Tramp,and Sammy Davis Jr.
When I returned home I started to go throughout the big box of patterns and it felt a little eerie.  I think you can learn a lot about people by just their sewing patterns. I found patterns from the early sixties all the way up to 2008. There must have been some little girls in the family because there were lots of children’s patterns from the mid sixties and teen and trendy youthful patterns from the seventies. I also found two wedding dress patterns, one from 1980, and the other from 1983, which makes me conclude Marge’s daughter’s were getting married about this time. I found a whole set of Marlo Thomas patterns who was the actress that played in the hit TV show That Girl in the seventies.I found were two children’s patterns with a very young Brooke Shields on the envelope as the model.The patterns from the early sixties must have been before Marge had children because they were the smallest size. The women’s patterns from the late sixties and seventies were still quite fashionable but the later patterns took on a more serious air as she got older. There were lots of career woman patterns from the late seventies to the nineties so Marge must have been working at this time. Then the patterns from the late nineties and on became matronly and there were only a couple patterns from the last decade so I’m guessing she was getting too old to sew much. Also the patterns got gradually larger through the decades as many of us do. Many of the patterns were unused. It reminds me of all the projects I hope to start but never do.
Maybe someday some stranger will be going through my patterns and wondering about me too.
So here is my photo tribute to a life discovered through someone’s sewing patterns. 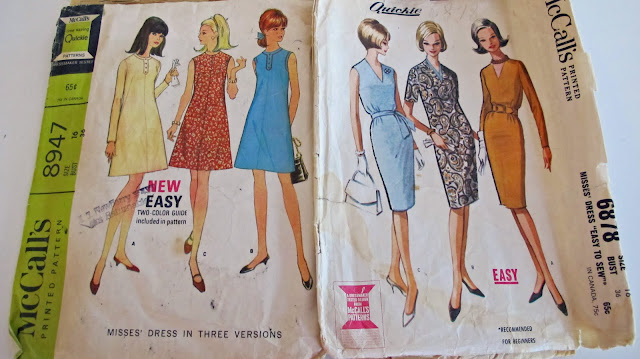 Outfits for a young wife in the sixties. 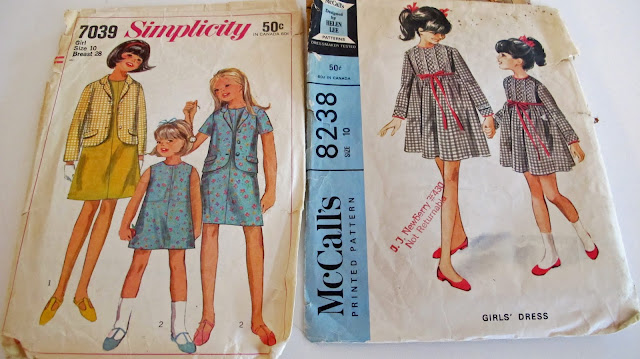 Outfits for little girls in the sixties. 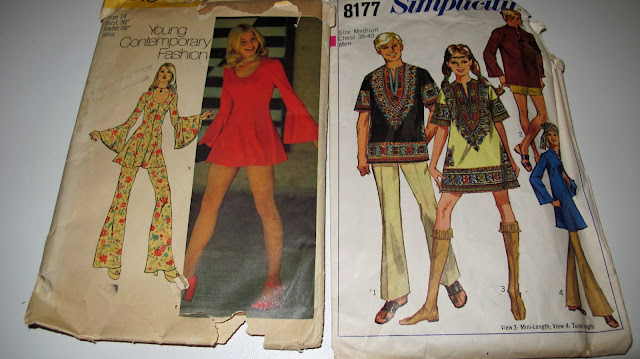 More outfits for the girls as teens in the seventies. 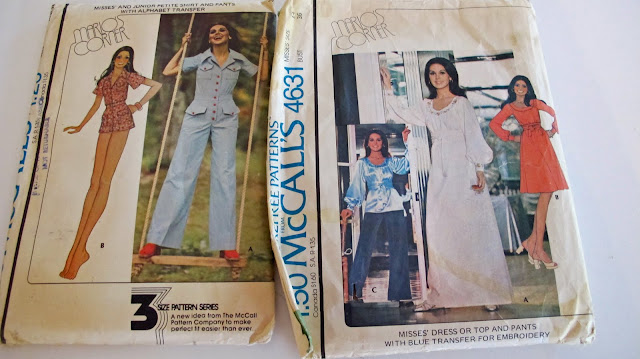 Outfits for a fashion conscious mom in the seventies. 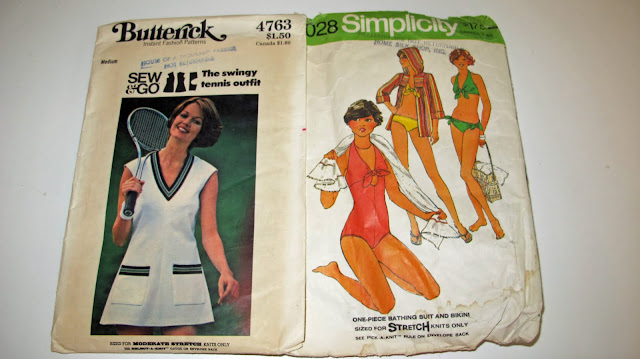 Outfits for a sporty Southern California family. I found a lot of swimsuit and tennis outfit patterns.I can’t wait to try making a seventies swimsuit. 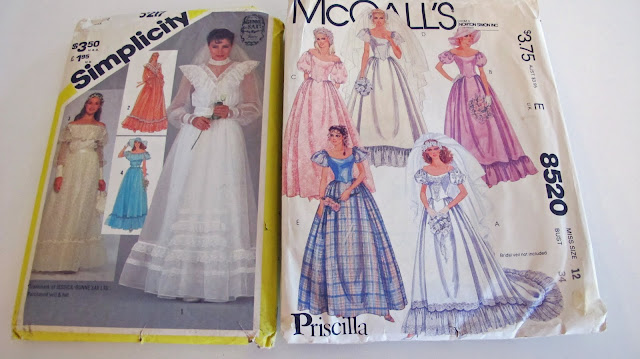 I found two wedding patterns from 1980 and 1983. One was used , one wasn’t. Maybe a daughter was going to get married then didn’t, or maybe she just didn’t like the pattern. 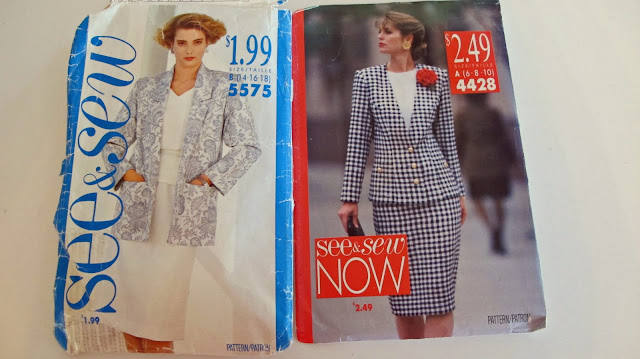 Power suits from the eighties for a working woman. Marge may have became more professional as she got older. 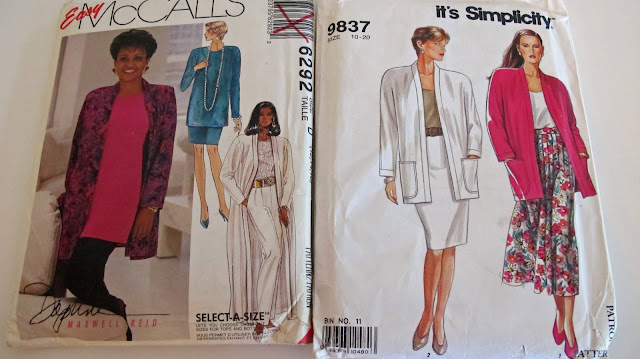 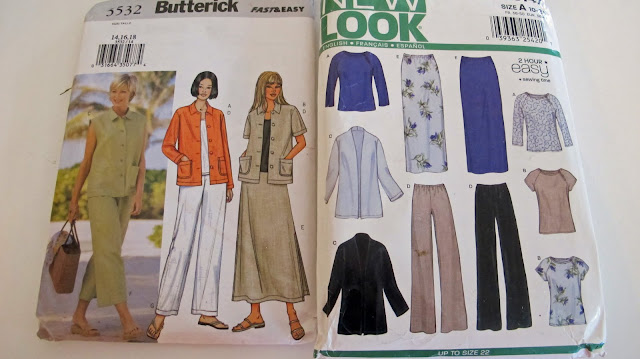 And last we have some leisure type looks from the early 2000’s that an older woman might wear in her retirement.
There were over 100 patterns in all. I’m not quite sure what to do with them . Any suggestions?

Wedding Dress Patterns Through the Decades