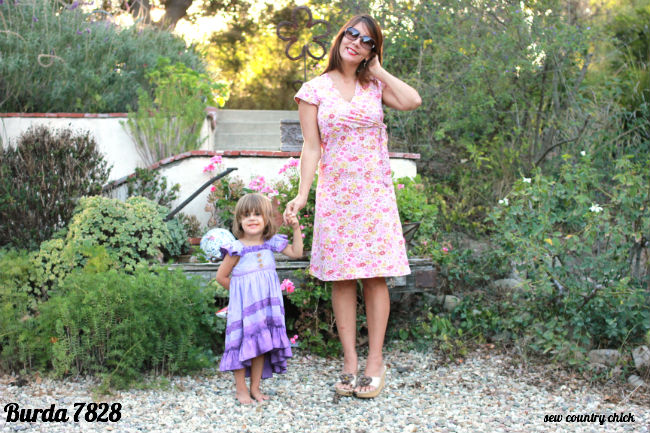 It’s been awhile since I have made myself anything so I thought it was about time.
After being eliminated from  Project Run & Play last week, I looked around me and realized my house was a total mess!
I did need to catch up on some housecleaning and obligations I had let go because I was sewing so much, like cleaning the turtle tank, renewing my drivers license, throwing a baby shower, and feeding my children properly. Oh and I had a birthday last week too.
It feels weird to be in my early 40’s. That used to sound old to me. But I have to think, what is the alternative?
I have to thank God I’m still here. Yesterday was my brother’s birthday.
He would have been 45 but he didn’t get to ever see his forties.
He was 22 when he died.
It’s all relative really. I thought I was getting old when I turned 35. Now I look back on that and I think it is young! Someone in their sixties would think I’m young and someone in their teens or twenties would think I’m old.
I will not get all hung up about my age.
I have to have a positive attitude or it will be all over from here on out.
Me with my 17 and 18 year olds on my birthday.
We called these two salt & pepper when they were little.
I made this little faux wrap dress below yesterday afternoon from some stretch cotton lycra I bought in downtown LA for a dollar a yard.
But I have to admit I DON’T LIKE THIS FABRIC !
Most of my fabrics I buy in downtown LA from between one to five dollars a yard. They are usually great quality, overruns from designers or donations to the FIDM scholarship store. While this fabric is very good quality I think it’s just plain dorky.
I originally bought it to make something for my girls.
It’s like some lame nineties print bought on the clearance table at Joann’s! 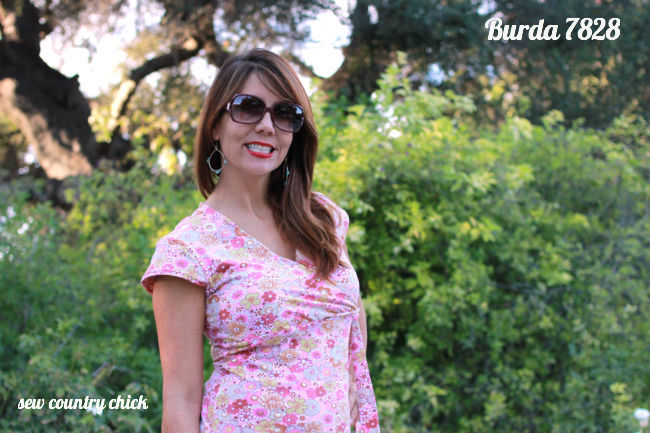 I’m not so sure if the style of this dress is dated or if it’s just the fabric that makes it look like I bought it at the clearance section at Ross or Marshall’s, at least that’s how my 17 year old daughter described it. Those teenagers can be a little TOO BLUNT sometimes.
This dress will probably be something I throw on when I am running late for church or have to go to a school event.
Sensible, modest, and mumsy for occasions like that.
Do you know how you are just itching to make something, you don’t have the ideal fabric on hand, but are too impatient to shelve the project until you find the perfect fabric?
I do that a lot. 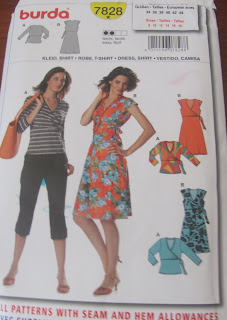 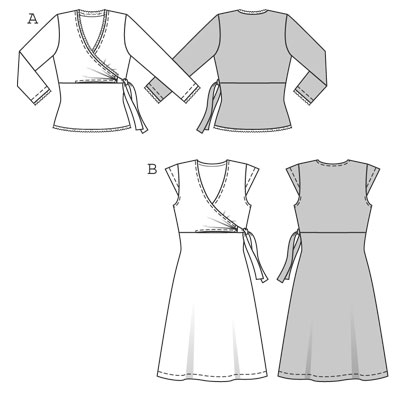 Burda 7828. This is a great basic, everyday dress. 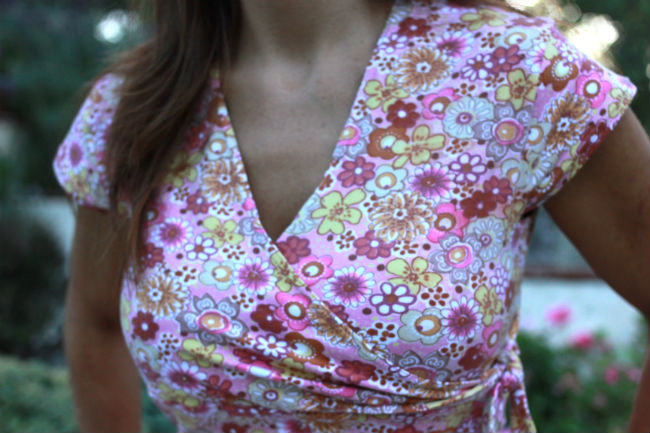 I do think I did a pretty good job making it. I serged elastic to the hem allowance before I turned it so the neckline wouldn’t gape open.  Pattern Review mentioned this was a problem with this pattern. I always check out Pattern Review before I make a commercial pattern, it’s so helpful.
I tried out this pattern once before, back in August of 2010 when I was a new blogger who took boring pictures of things on my dress form with bad lighting………

This is the first version I made. I like this green cotton jersey fabric a lot but I made the mistake of following the pattern’s instructions of interfacing the tie bands, making them stick out in a stiff, clumsy way. 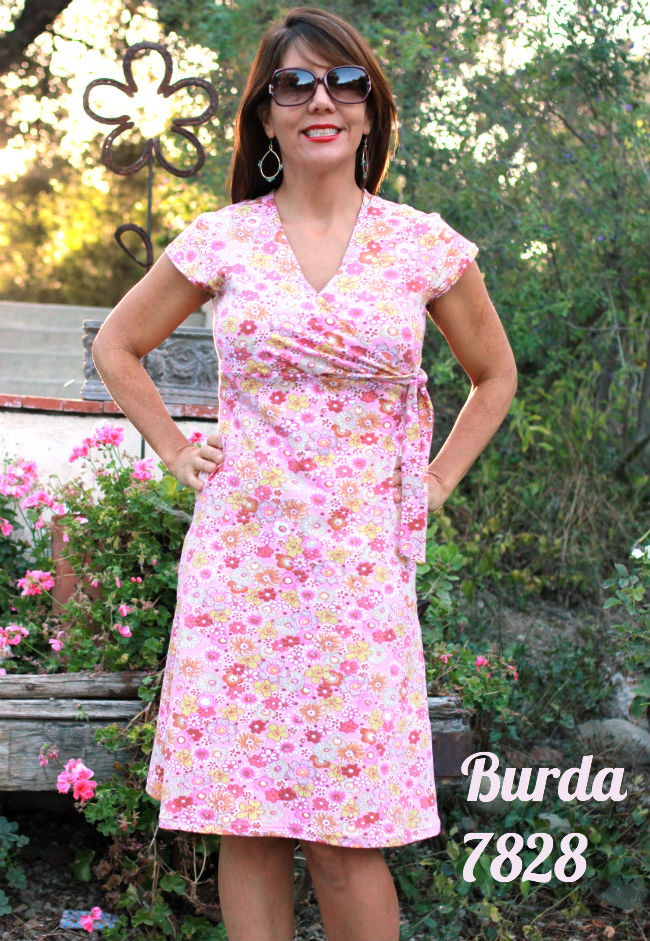 Before you decide to sew up this pattern I have to tell you if that you even have a hint of a tummy it will pouch out like crazy in this dress.
I have been working out a lot lately but I still am sucking in my stomach as much as I can in this picture. I think the way the waistline is raised makes the stretch fabric sort of accentuate any tummy you might have.
Gotta love those Roberto Cavalli sunglasses. .