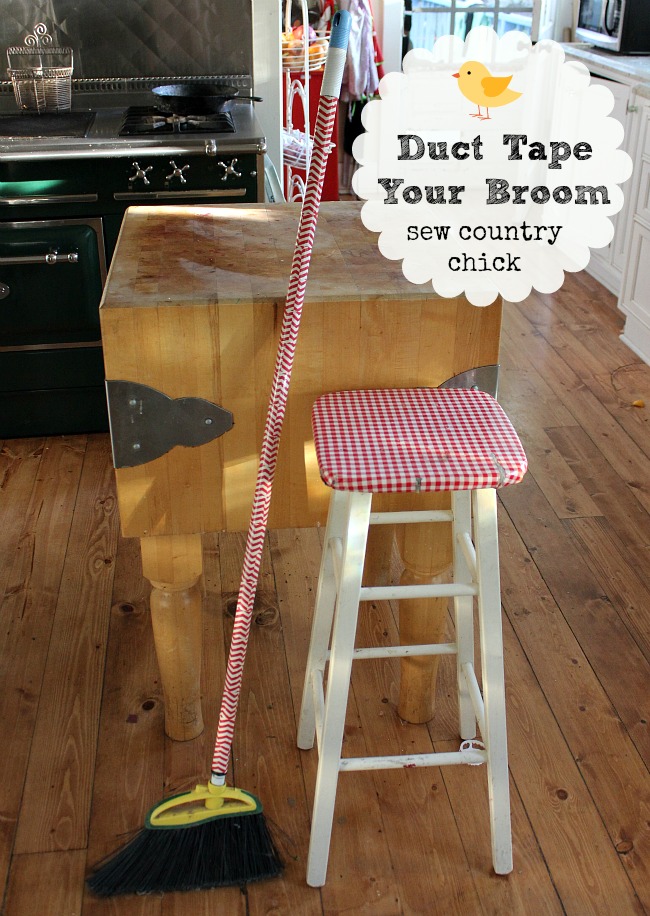 I have to admit to having an attachment to an old, ugly broom in my house. Yes, I’ve bought other more attractive brooms since, but none can quite measure up to my trusty old brooms’ sweeping powers, ugly as it was! 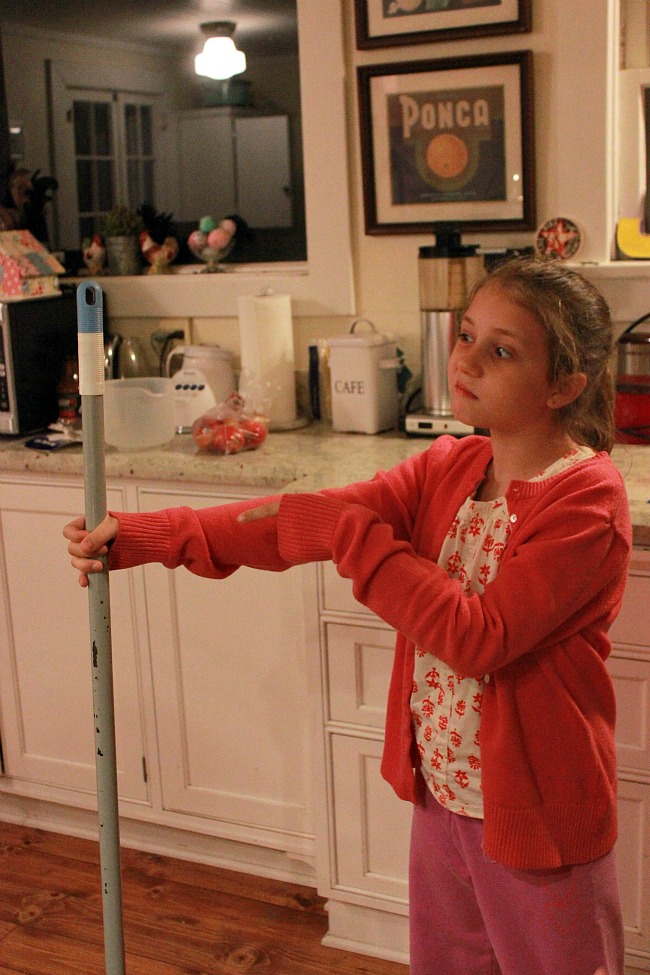 The poor old thing was like Cinderella, unloved and overworked. It was time for a makeover! 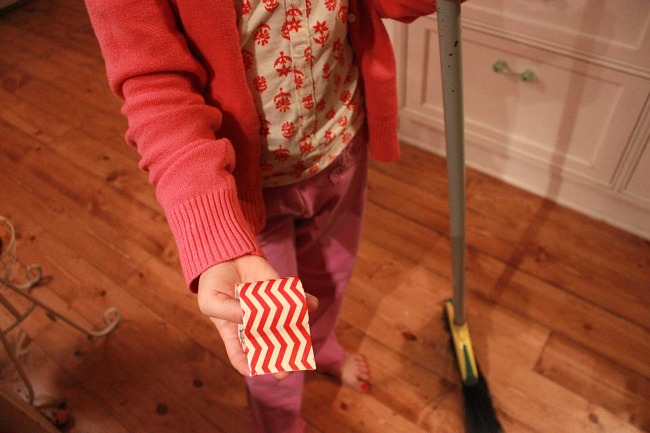 We had a roll of chevron duct tape lying around and decided to cover our old broom with it. I cut little pieces to wrap around the broom. First I tried wrapping the tape around in one big piece, but the tape got all bunched up and wrinkled. Cutting it in pieces worked better. 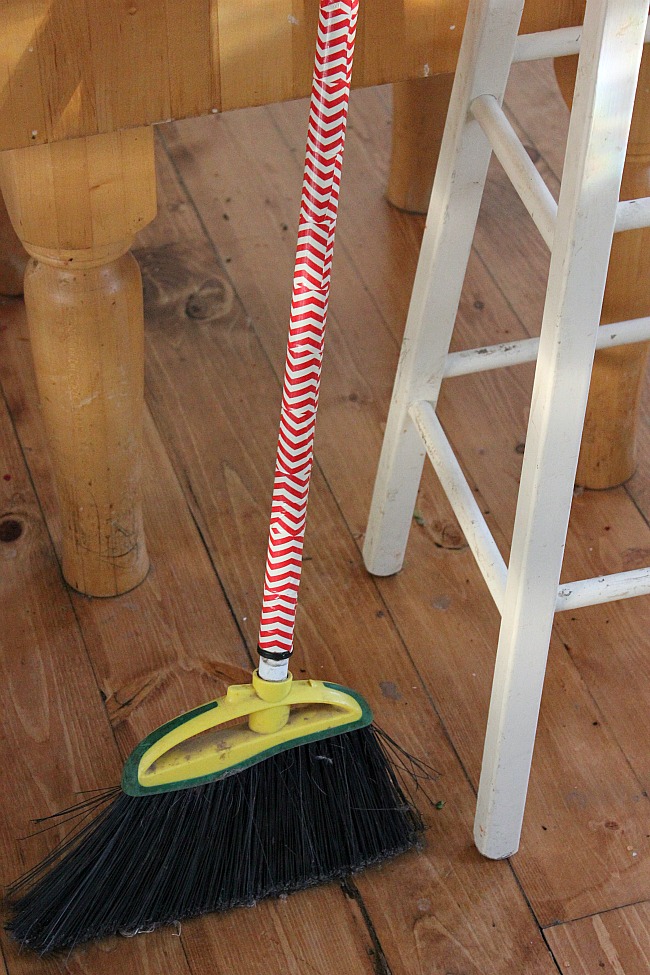 Ok , this broom is still pretty ugly with that green and yellow part not matching and being all old and dirty looking…. But still, it’s an improvement , isn’t it?
Now it’s time to do something about that stool!
Did you know Google reader is going away soon?