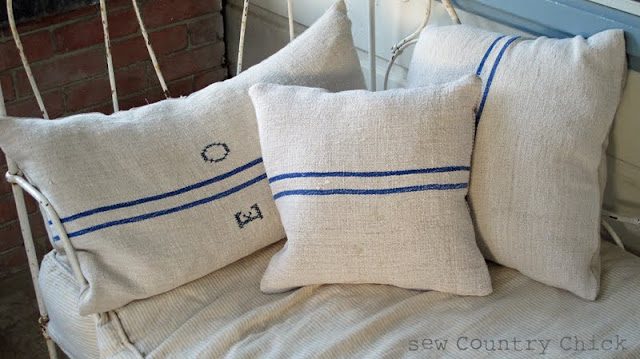 Home sewing isn’t really my thing for some reason. It’s a lot easier than making clothes but it does seem to be something I am always putting off for another day. My pillows were actually getting threadbare so I decided to make some new ones.
I realize I’m not breaking any new ground here with these pillows so bear with me.
I actually had the idea a few years ago when it was still a new trend  and bought this grain sack then for about ten dollars but I never got around to the project till now. This grain sack has probably been around over a hundred years so what was a few more, right? In my opinion the look is rustic, elegant,and timeless. European grain sacks have gone way up in price recently, as many of you probably already know, going from upwards of fifty dollars online.
I felt a bit guilty for cutting up something so old and that is why I think I took so long to make this project! 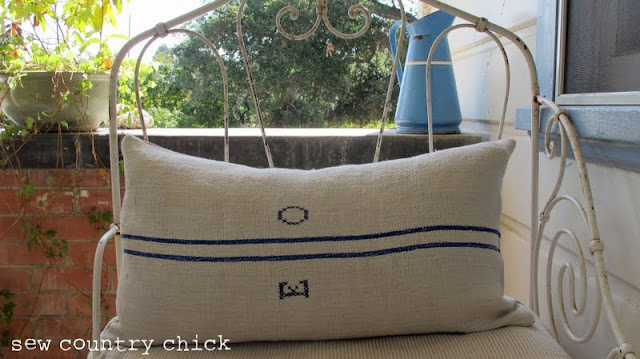 It’s such a simple style to make. I just made a plain square out of the grain sack and sewed two pieces of leftover linen overlapping for the back, adding some thrifted wooden buttons from my stash. I got three pillows out of this grain sack. It was a smaller one, just a bit bigger than a king size pillowcase. By covering only the front with the sack and the back with the linen you can spread the sack farther.
After making these pillows I realized home sewing is so much simpler than clothes sewing, so I have more projects lined up. I had a bad experience making some heavy canvas slipcovers for my sofa a few years go. Several broken needles and a jammed up machine.
If you would like to make pillows like this but don’t have your own grain sacks it’s easy to fake them with drop cloths, or a thick rough looking linen and fabric paint. You use painters tape to plot the blue or red lines and paint the lines on. The drop cloth fabric or thick linen is similar to the grain sack fabric. I’m going to try it for some cushions I’m making on my outdoor patio set.
So readers, what types of sewing do YOU avoid? 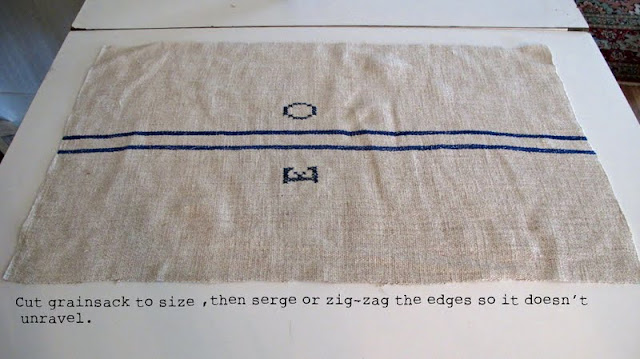 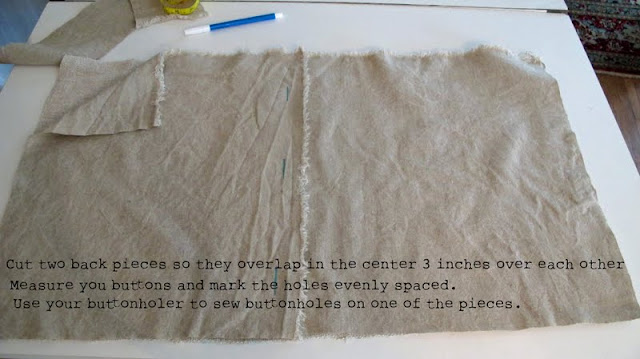 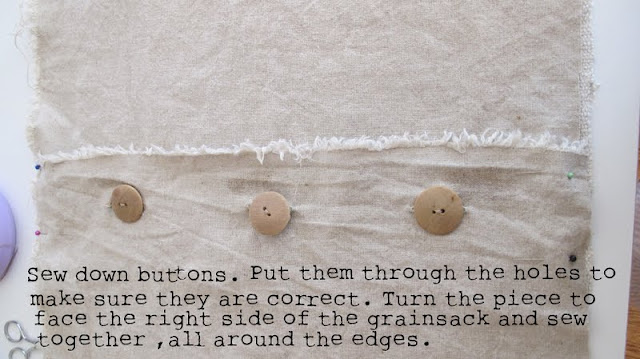 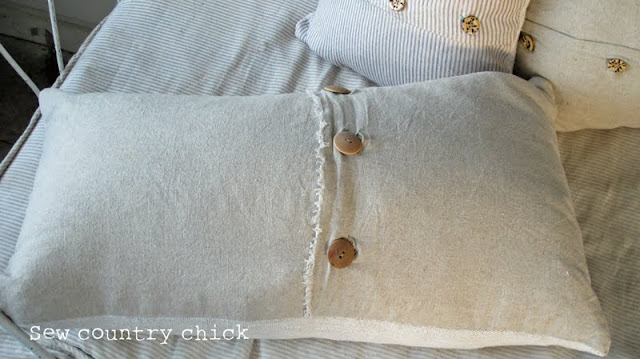