I just have to share some photos of French Industrial Style, a style that is a celebration of French mid-century factory pieces . Many of the items are repurposed from old factories and used in new ways. An old cart might become a shelf or coffee table. It’s gotten pretty popular lately, you can find reproductions online at the big decor stores but I prefer to keep my eye open at flea markets for this style. I think this style is great but it needs a little softening for my taste. I would mix it with traditional French style pieces covered in utilitarian fabrics like burlap and rough linen. I would love to incorporate more pieces like this into my decor. When I bought most of my furniture about 7 years ago I was into the French country / Shabby Chic style which I believe has become a bit dated. So I have been slowly adding little touches here and there. I have a big project I am working on one of  my walls which I will be sharing in a few days when I am finished. Below are some photos of things from the internet which I feel epitomize the style. 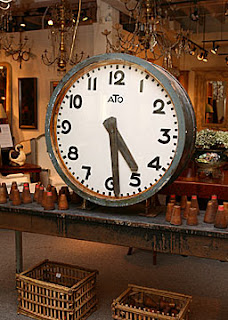 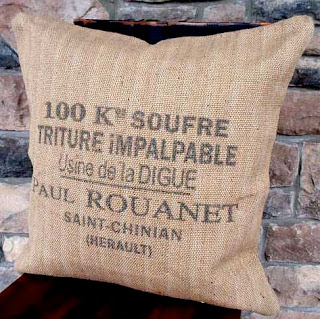 I love this pillow case which is from a factory which I used to live near in the Herault region of France. 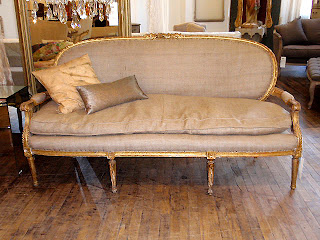 I love this settee with it’s burlap cover from Hudson Goods but I fear it’s too delicate in a house with four kids and two dogs in it. Maybe someday.. 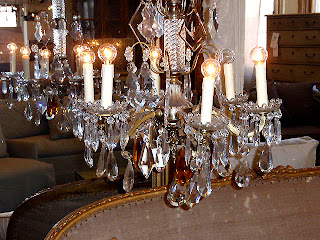 Vintage chandeliers aren’t French Industrial but they soften the look. 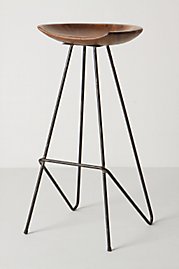 This stool is from Anthropologie 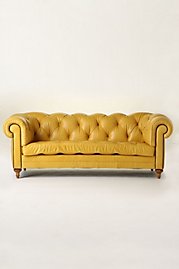 The yellow Chesterfield sofa also from the Anthropologie catalog. 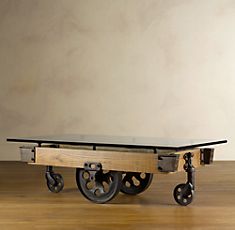 I love this coffee table from Restoration Hardware 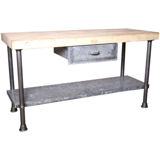 I would love to have this  island in my kitchen. 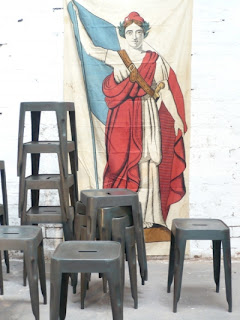 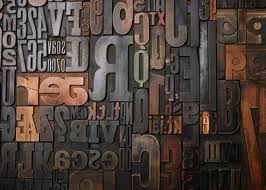 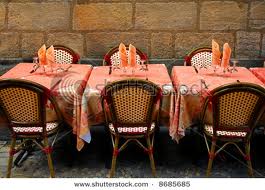 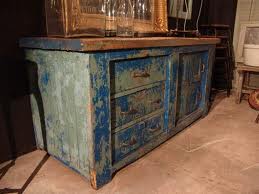 A really old beat up piece like the one above is a fabulous item to  throw into the mix. 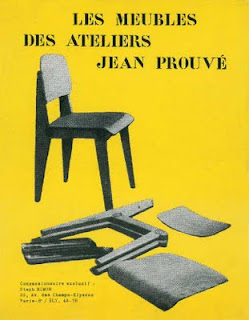 A poster for a Jean Prouve show. He was a French Industrial Designer from the mid- century era. 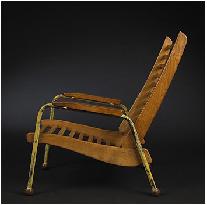 A chair designed by Jean Prouve. 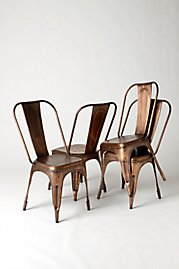 These metal chairs would be nice softened by a wood table. 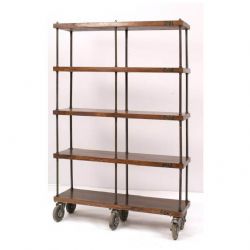 A cart from England 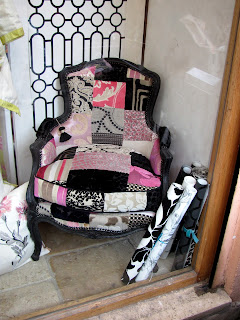 This is a patchwork chair I took a photo of at Les Puces in Paris last year. I love this idea and want to make something like it. I like when traditional items are modernized like this.

Homespun Style. I love it!