Today is a big day for Gigi as I am officially weaning her from nursing.
Weaning my babies is always bittersweet because it is saying goodbye to a big part of babyhood and it’s so hard to say no to your toddler when she is crying big crocodile tears and tugging at your shirt. But recently I have found myself so tired all the time that I realize I need to take better care of myself and that means getting all my reserves back.
So now that I am writing this it will help me stick to my resolve tonight when Gigi is screaming her head off because she can’t nurse anymore.
So on to her dress..
I used a tunic pattern from my Burdastyle magazine from July 2011, pattern 144.  I previously have blogged about what a nightmare tracing patterns from Burdatyle is but their patterns are so fashion forward it’s worth it to me. Just don’t forget to add the seam allowances like I did! Here is a tutorial I previously wrote about using Burdastyle magazine patterns.
The fabric used was an orange corduroy bought at a church rummage sale for approximately fifty cents and the trim was bought on one of my flea market trips. The little kerchief was  sewn together freehand with some of the leftover fabric. She tears anything off of her head after about two minutes so I’m hoping she won’t lose the kerchief by the end of the day.
The overall effect of this outfit reminds me of one of those little garden gnomes or a little Scandinavian milkmaid! 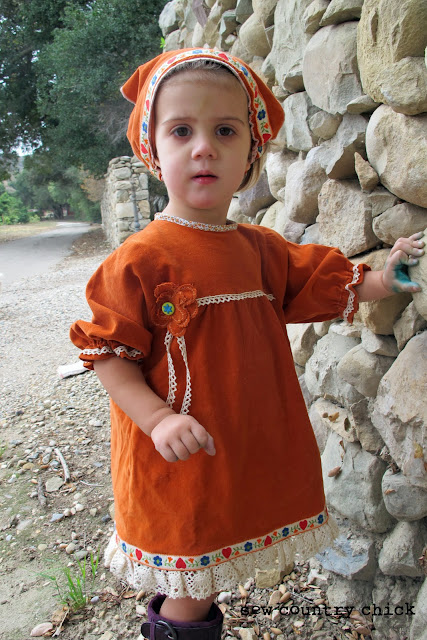 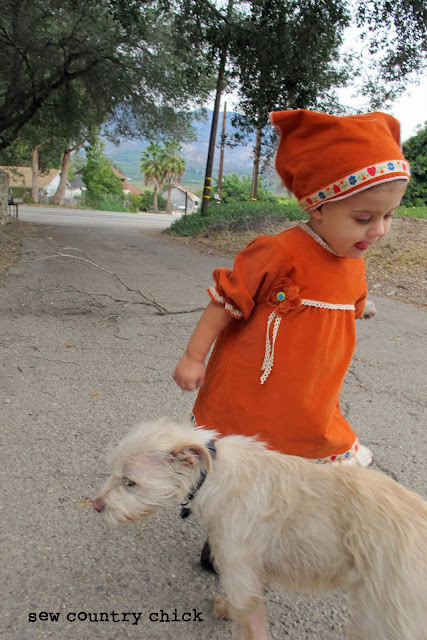 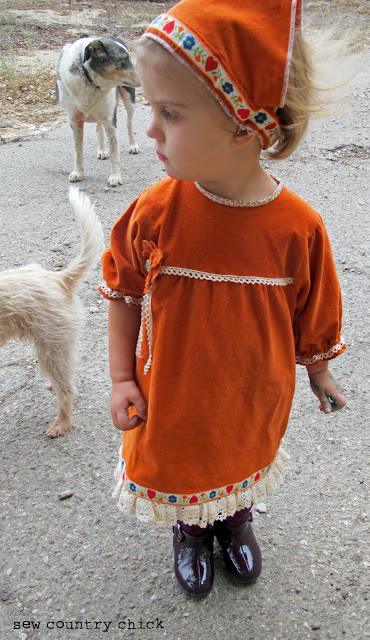 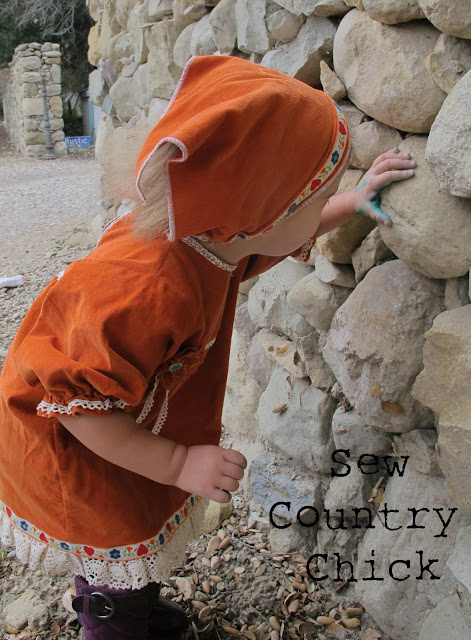 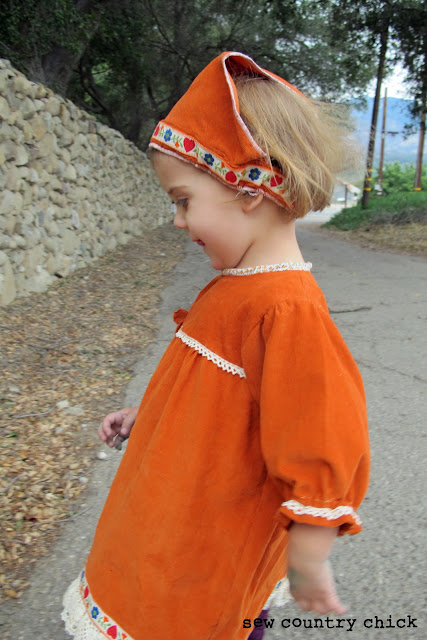 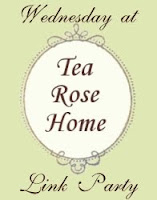 Sewing For kids Saturday and a New Dress for Gigi