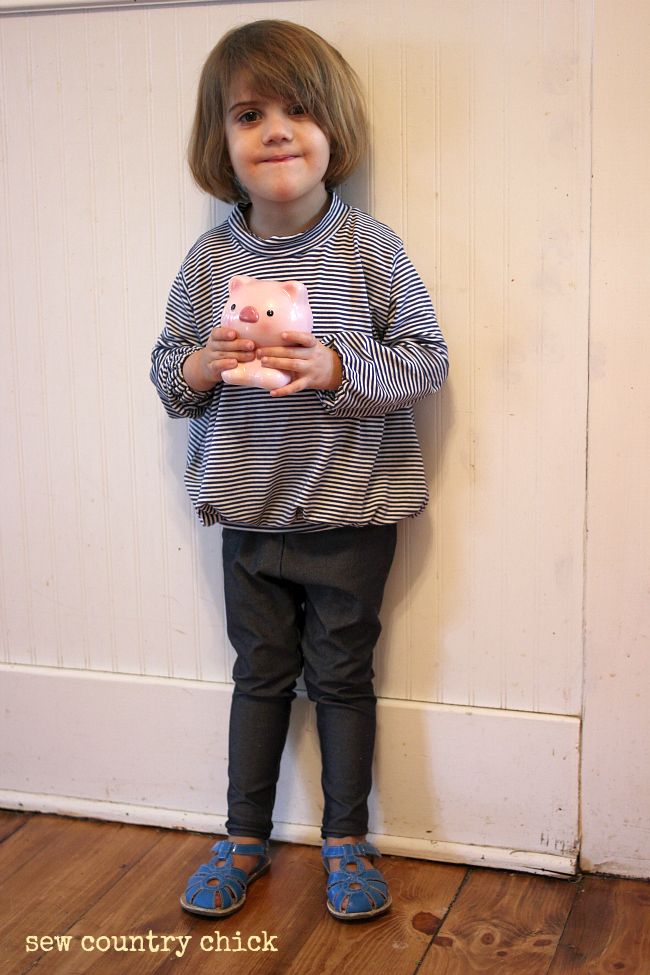 I was going to share this feather print silk bowtie blouse blouse I made for myself, but I had a rough day dealing with tween drama and was not photo ready….. Plus it was raining. Come back on Monday!

However, I did finish these jeggings and striped turtleneck outfit I had left unfinished for weeks for Gigi.
It’s not very exciting but kids also need basics like this, right? Right.
Just an every day, run of the mill basic outfit.
OK , enough excuses…. 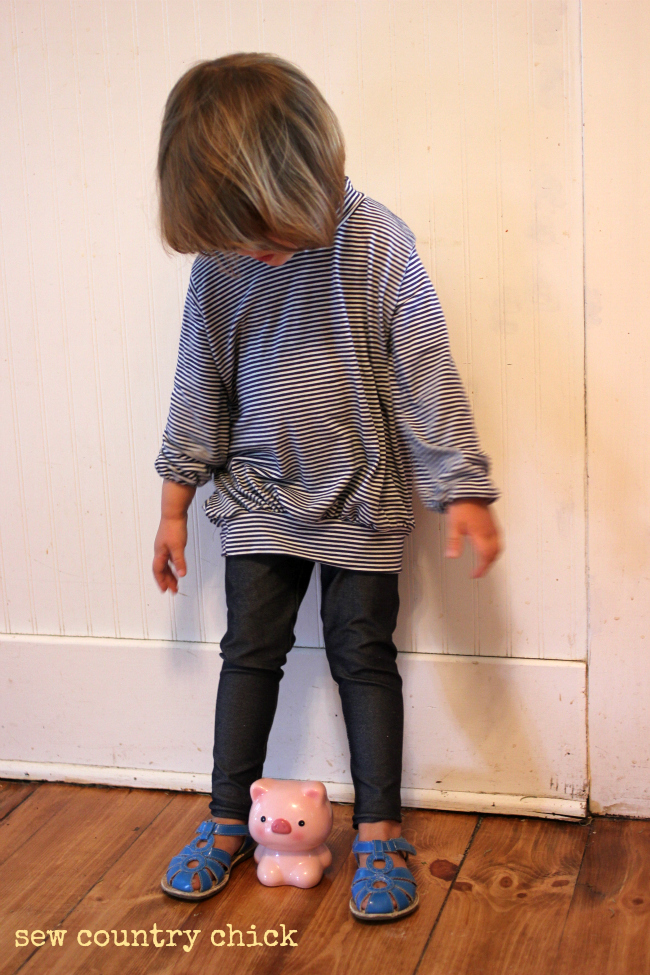 The cool thing is that most of Gigi’s clothes are handmade now. She wears something I made almost everyday and it’s so fun to hear people compliment her clothes that I made.
I want to always say, “I made it!” but I try not to because that can feel like you are a little awkward when a stranger says, “What a cute dress!” at the grocery store and I say “Thanks, I made it!”
I drafted the top but sort of messed up and slashed and opened the pattern too much. So I added a band to the bottom which makes Gigi look a little floppy. I flared the sleeves and added elastic to them.
The pants are a test pattern I sewed for Andrea from Go To Patterns. They are big in the crotch and I will have to shave the pattern down in tha department when I make another version and I will becuase this pattern is really great for kids and has a lot of cute variations and pattern pieces that come with the pattern. I like that they don’t have side seams.
That little girl of mine can pose can’t she? She was adamant about doing her own poses but somehow I thought most of them were a little too cheesy to be blogworthy but his one is OK . I think… 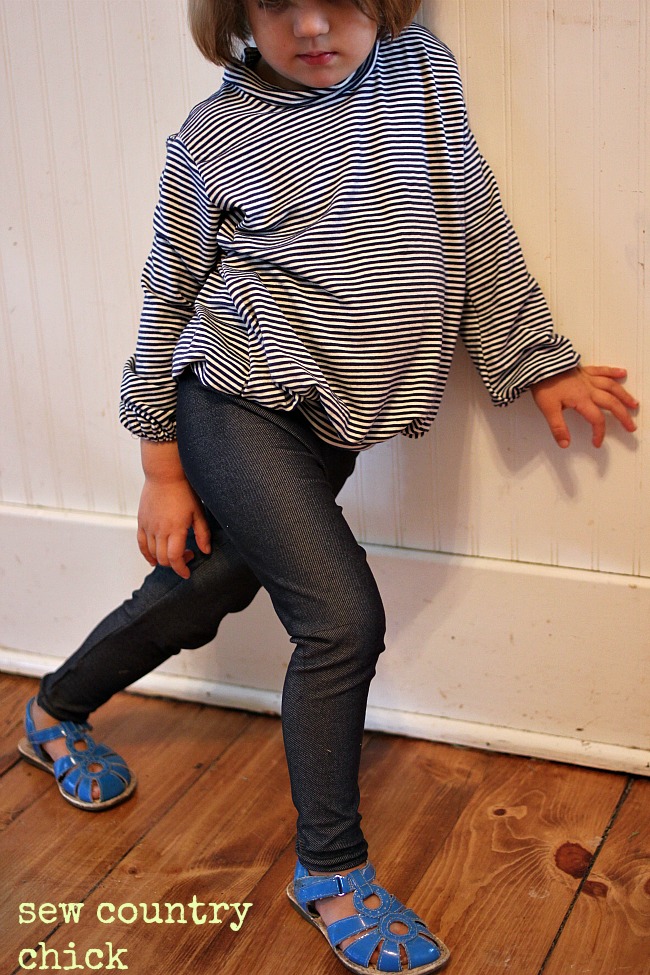 Adding an elastic waist to an A line dress