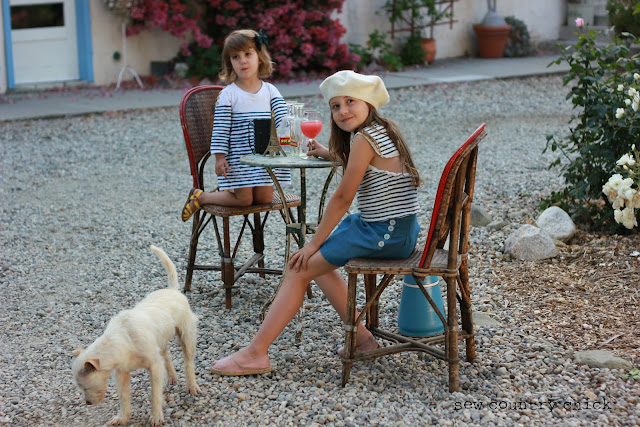 I love creative challenges because they sometimes make you dig deep to figure out who you are creatively. Of course, as creative beings we are always changing but for me, there is one influence which often guides me. 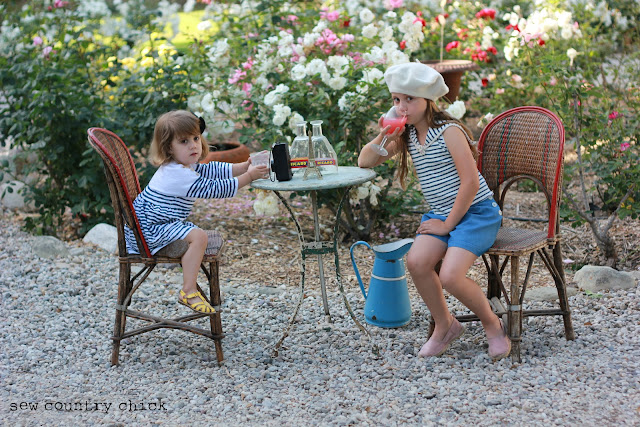 I have been deeply influenced by France. When my older kids were little we bought a small 16th century village house in a town called Pezenas in the south of France in the Languedoc departement  and restored it. I was lucky enough to spend six summers there. They are some of the best memories for me.
I loved to sit in cafes and I loved the style of the French. Yes, they do really wear these striped tops ! I brought back some for the family and we have worn them out. 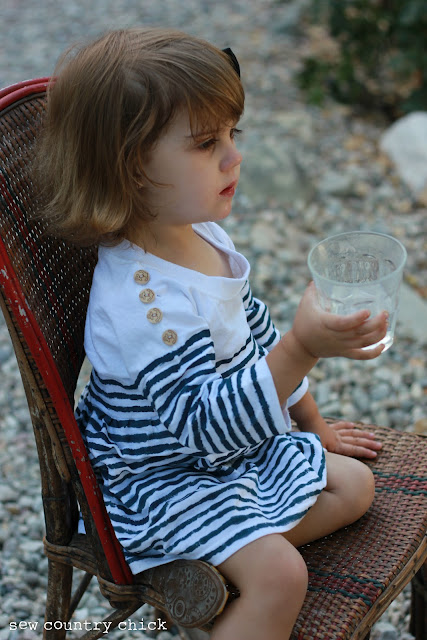 This dress I made for Gigi was inspired by the French Mariniere top originally made for French sailors.
It was made from a plain white adult t shirt I refashioned. I hand painted the stripes and added the small wooden anchor buttons. 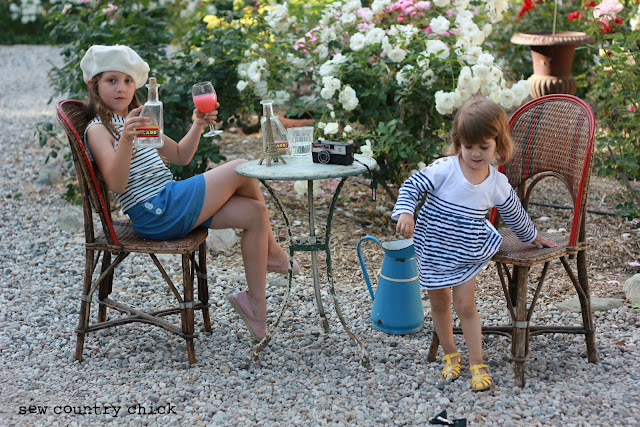 The bistro chairs and table are from a real Parisian bistro and they are very old. I bought them in a little village called Isle Sur La Sorgue, which has a big outdoor antique show every August.
The Ricard Pastis bottles were also brought back in my suitcase years ago. I used to love sitting at the Cafe Moliere in Pezenas to have a glass of the cloudy milky colored Pastis in the heat of summer.it was clear in the bottle but when mixed with water, it turned white. The licorice taste is such a specific one. It’s so refreshing, mais tres forte! 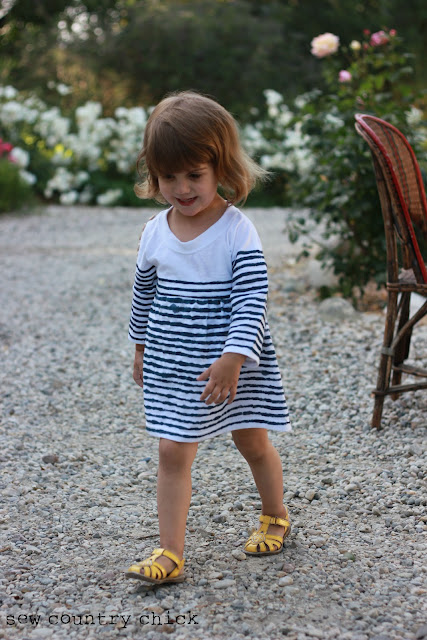 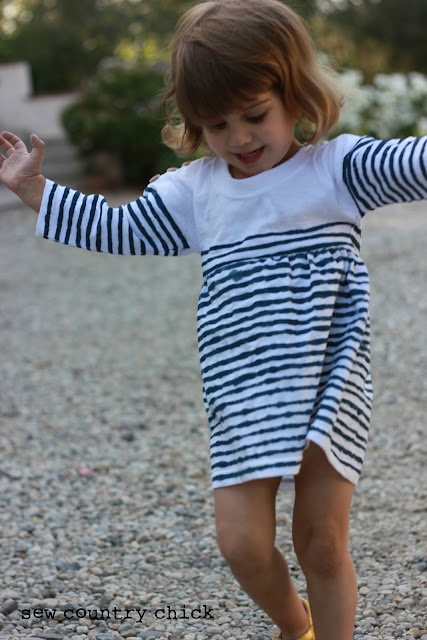 This little dress was very time consuming! Painting the stripes took awhile but I love it! 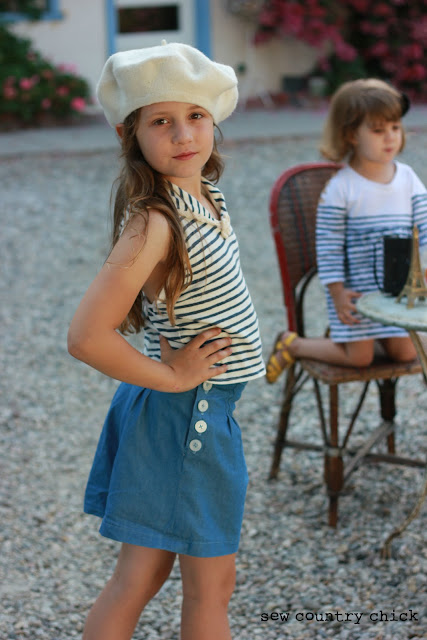 Lily’s ensemble is sewn from a 1943 sewing pattern. The shorts are made from vintage denim I bought at an estate sale . The fabric is a Japanese knit. I loved the hand painted look of the stripes. That and a post about hand painting stripes on fabric from one of my favorite children’s wear bloggers You and Mie, inspired me to try hand painting the stripes on Gigi’s t shirt dress . 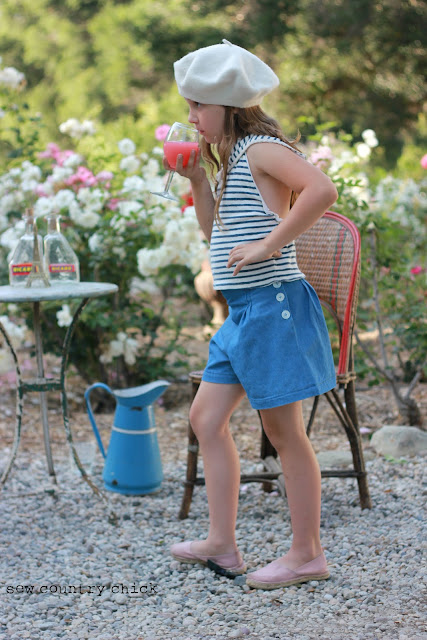 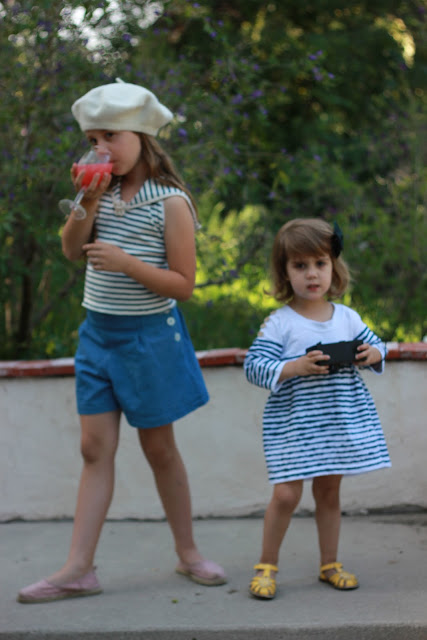 Une belle jour chez nous!
P.S.
If you are stopping by to post on Sew & Tell saturday, sorry I didn’t get the post up. This project took me until the last minute!
Have a bon week- end!