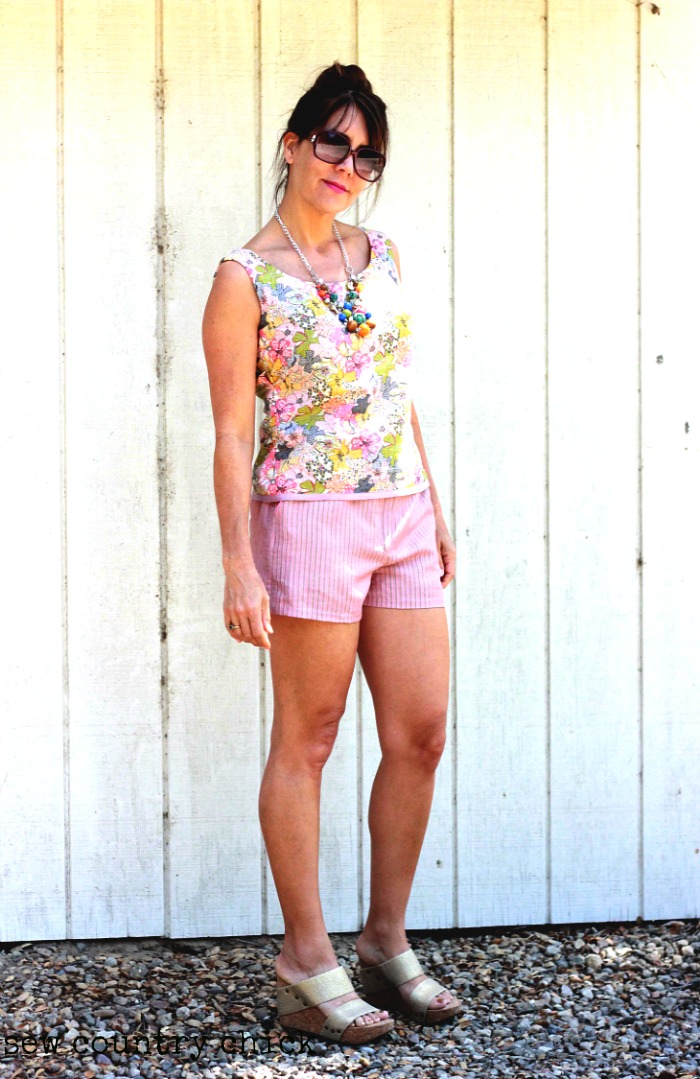 I made some shorts from some pretty linen cotton blend shirting and a matching top from some Liberty of London fabric I bought at Micheal Levine.
This outfit isn’t part of my Sewing The Trends Series but I had a no show today so what the heck, I thought I would put it out  there.
BUT I guess it can qualify since mixing patterns is one of the trends this season. Just check out Shannon’s post from yesterday! 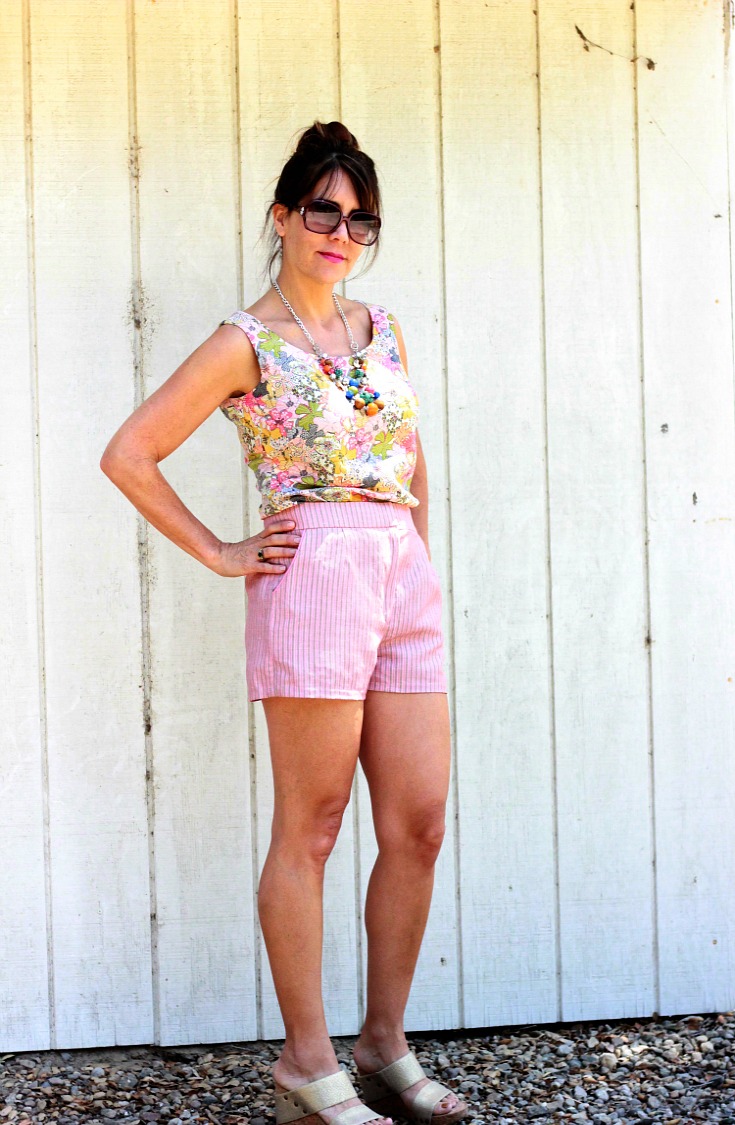 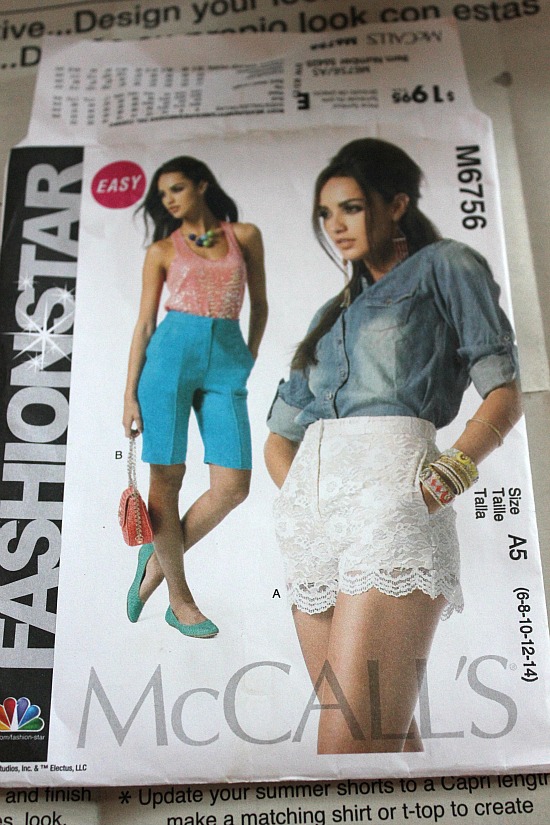 I used Mccall’s 6765 for the shorts. I really liked this pattern and it’s a pretty simple sew. I used the slash pockets from the blue shorts but in the shorter style. Obviously. These are pretty short.
This pattern had very little ease. I normally cut a size smaller in commercial patterns but after looking at this pattern decided to cut the recommended size 12. And am I glad I did. These just barely fit! I had to take out the center seam until there was inly about 1/4 inch seam allowance. 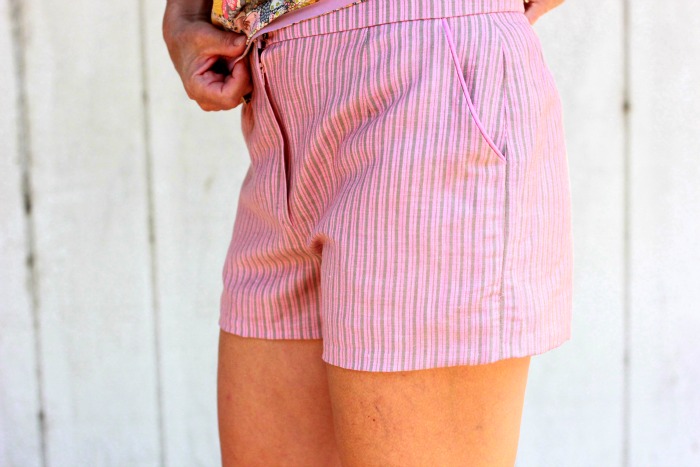 I added a little piping to the pockets. I LOVE this fabric! You can find the Liberty on sale here. Liberty almost never goes on sale, plus you can use the 10 percent off code from my sidebar. 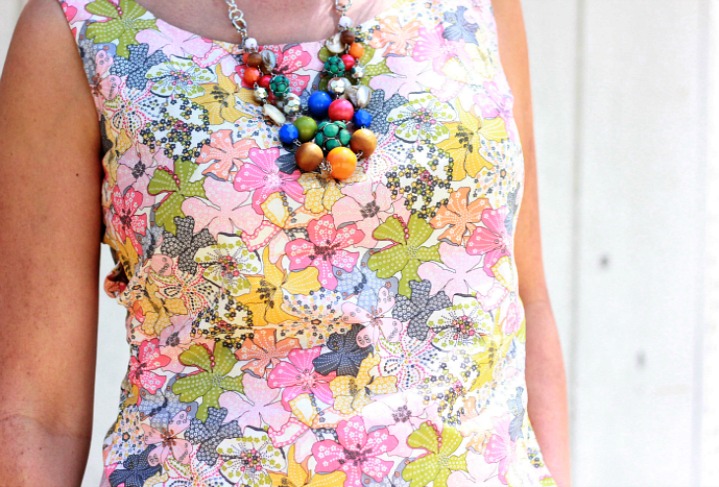 This was all the fabric I had left after making Gigi’s dress awhile back….. I had to use bias binding for the hem which is too short because well, I ran out of fabric.
If you shop at Joann’s you might recognize that necklace from the Tori Spelling Mix & Match components jewelry collection there. It’s a neat idea. I’ve been trying to wear more jewelry. It finishes off an outfit. 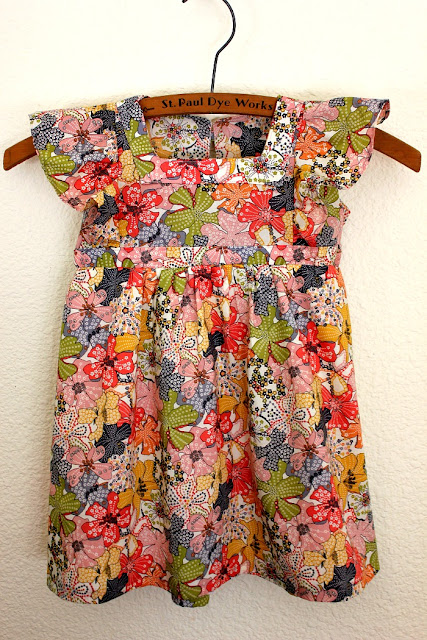 Now we can be twins! Except my kid won’t wear this dress. Or any dress for that matter. Maybe I can save it for the grandkids someday. 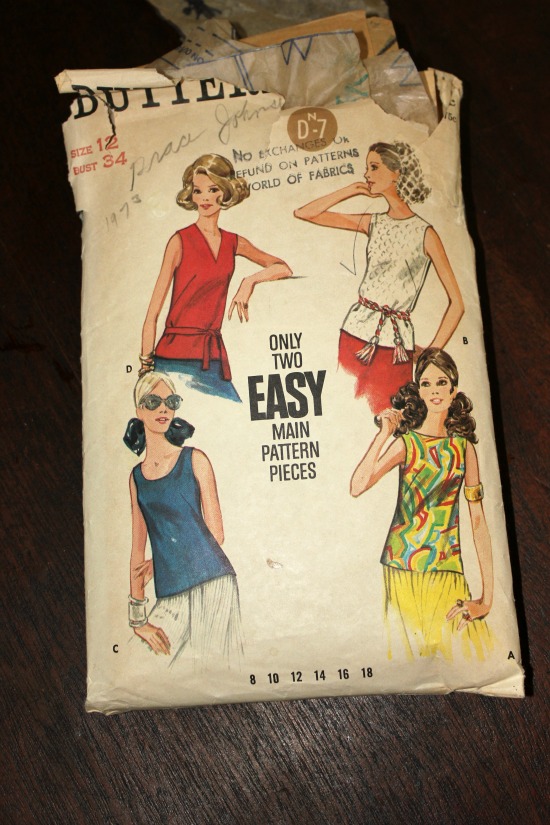 I used the above vintage Butterick pattern for my top. It’s from the late sixties/early seventies and a great basic. I cut a size 12. I didn’t have enough fabric to make it as long as the pattern and had to use bias tape for the hem which actually matches the shorts and looks planned. 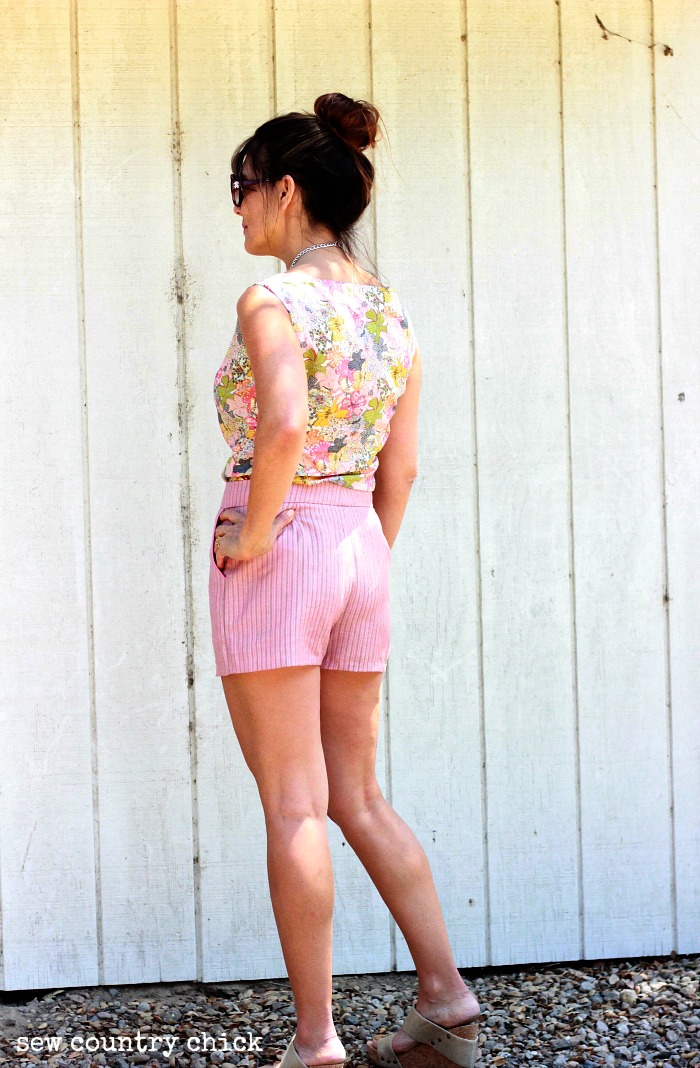 I think I look like I’m ready to go to Palm Beach!
I did have some issues with the center seam of the shorts. They were riding up and I had to let out the center back seam almost completely. There is only about an 1/8 inch seam allowance left!
These shorts were a lot of work. In fact I was at the Gap Outlet today buying some things for my vacation to Mexico and I found a similar pair of shorts that had been marked all the way down to six dollars. SIX DOLLARS?
It’s stuff like that that seriously makes me question question why I bother to sew my own clothes at all when I can just buy them so cheaply at the outlets nearby.
But there is something that is just so satisfying about cutting the fabric, and spending the time learning all the details to get a project just right.
It’s like cooking. Sure, I never have to learn how to cook because I can always just go out and eat but there is nothing like a home cooked meal right? Just because I can go to a fast food place and feed my family for less than it would cost for me to make it myself doesn’t mean I’m never going to cook again.
How about you?
Do you feel sewing is similar to cooking in that we don’t actually ever HAVE to learn how? Maybe someday sewing will make a comeback like cooking. Cooking shows and magazines  have introduced Americans to the joy of cooking great food in the last generation. I would have to say America has really become a foodie nation in the last generation, compared to the old way it was when I was growing up, with canned foods, frozen vegetables and TV dinners.
I’m crossing my fingers….
But most people I know in my day to day life never sew.

Linked to
The Train To Crazy

Liberty Of London Boutique Dress: Knock It Off Series

Liberty top made from my basic shirt sloper