Below is my post about Madame Vionnet and my experiences with making dresses cut on the bias over the past two years, since I got into dressmaking.
I posted this over at Cation Designs earlier this week.
Actually this is also an old post and one of my faves that I rewrote and added to, hence the old comments! 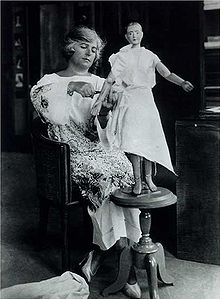 Madeleine Vionnet (June 22, 1876 – March 2, 1975)
I am so inspired by the French designer, Madeleine Vionnet and would love to share her with those who might not be familiar with this legendary French designer. I am also going to explain some of the things I have learned from my pursuit of learning to sew bias cut garments!
The gowns that follow were designed by Madame Vionnet in the 1930’s and are courtesy of the Metropoliatan Museum of Art. 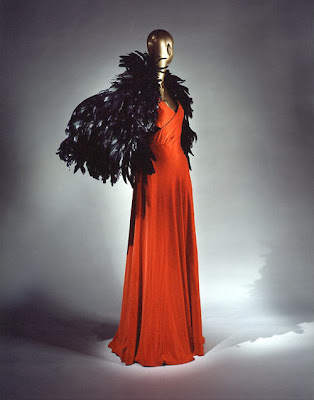 Madeleine Vionnet was a revolutionary designer of her time: not as universally well known as Coco Chanel but just as influential to the world  of fashion, especially the fluid looks of the 1930’s

She basically developed the bias cut gown, a technique of cutting fabric on the diagonal grain of the fabric which creates a sinuous and slightly clingy silhouette. She had fabric custom made for her as wide as 180 inches to have her gowns cut out of. Bias cut dresses use up a lot more fabric so they are more expensive to produce. 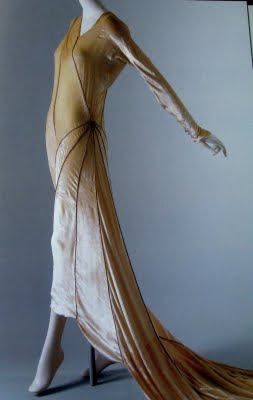 It seems like a simple enough process but there is an art to it. For instance, a bias skirt can cling and tug in odd ways if it isn’t cut right or pressed properly during construction. The seams can stretch out of shape easily and it’s not unusual to have a garment stretch by as much as four inches after letting it hang on the hanger for a few days. There are many techniques  for working with bias to be learned.  I learned on one website that it’s easier to make a bias skirt with a center seam so it hangs evenly on both sides.

Madame Vionnet was influenced by ancient Greek statues and wanted clothing to move and flow with the wearer. It’s not surprising she made dresses for  Isadora Duncan, the avant- garde modern dancer of the twenties and thirties .

In todays world with all of our stretch fabrics it’s easy to overlook how revolutionary it must have been to wear something that draped to your body the way her dresses did after the boxy and loose fashions of the 1920’s.

The seaming on this gown is so amazing.
Masterful. 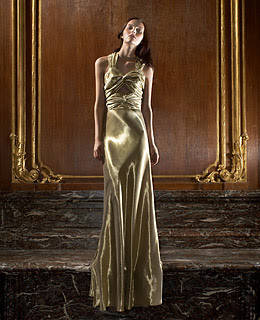 A 1930’s Vionnet gown being worn in our times. Good design is never out of fashion!

Unfortunately Mme. Vionnet had to close her couture house in 1939 with the beginning of World War Two. Fashion was put on the back burner to concentrate on the war effort and the country’s resources were reallocated. She never did reopen. 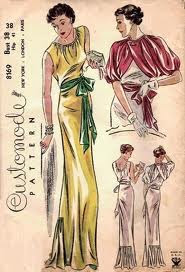 Above is a dress pattern from the thirties from the Customized Pattern Company. Vionnets’ widespread influence on fashion is evident here.
I have had my own small obsession with working with dresses cut on the bias and have my share of triumphs and failures. 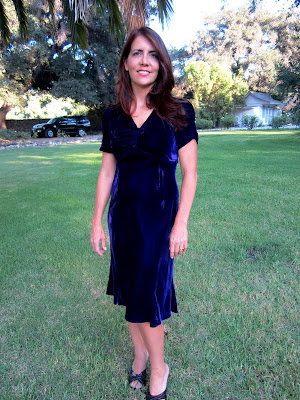 This velvet dress looks OK, but it was cut in a thick woven velvet which tugged uncomfortably while wearing!
Perhaps it wasn’t cut on the true bias. it’s so important to make sure the garment is laying perfectly on the bias. the tiniest bit off grain can result in tugging and pulling. 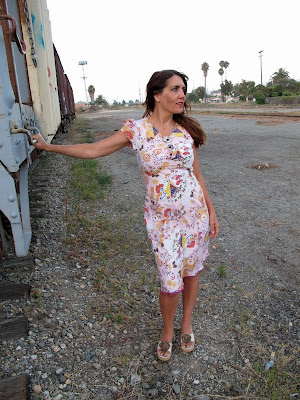 If you would like to try your hand at bias cut dresses Collette Oolong above is  good pattern to start with. 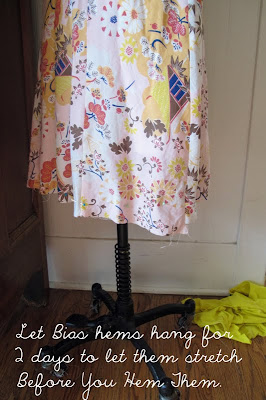 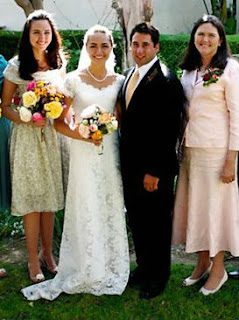 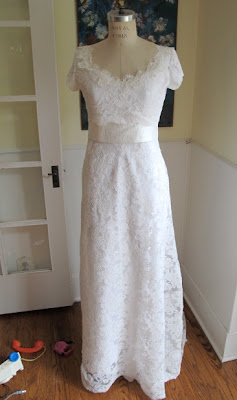 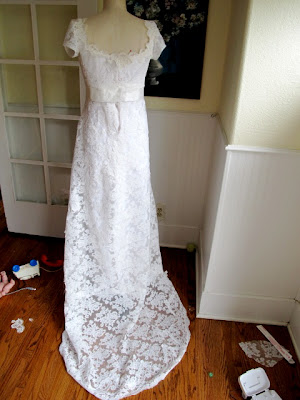 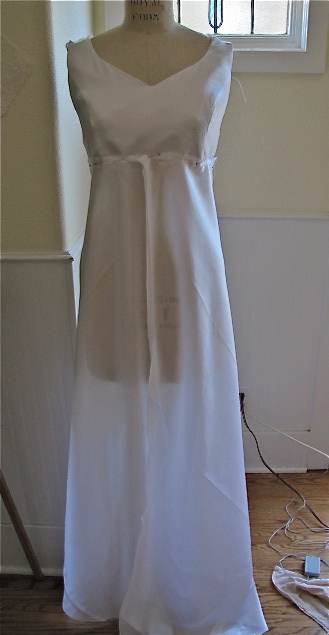 This wedding dress above I made for a friend is my piece de resistance when it comes to bias dress making. It was lined with china silk, sewn of silk charmeuse and had an Alencon lace overlay.
It was all cut on the bias, thus using several more yards of fabric than if it had been cut on the straight grain. There was a center seam under the lace overlay, making the dress lie more smoothly. 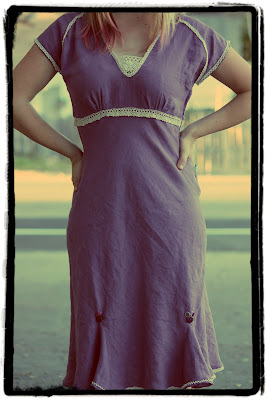 A linen bias cut dress above I designed with godets, which add a nice flare. 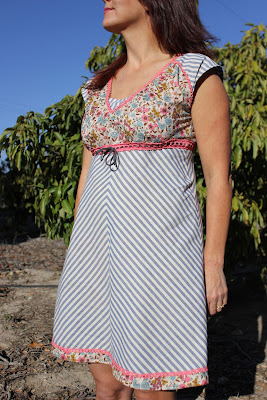 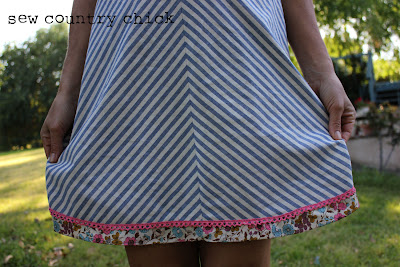 Both of the dresses above were made from the same pattern, but I raised the waistline on the second pattern and cut the second skirt with a center seam.
You can see how different choices in fabric can really influence how a bias cut dress lies!
I hope you have enjoyed my little report here and just so you know, I am a little biased about sewing on the bias!
haha…