Do you ever start a project , realize it isn’t going to work out , but keep soldiering on despite the fact that NOTHING you are doing is going to save this poor failure of a garment ?
Thursday I decided I was going to make a draped gown, and started documenting my progress on my Instagram feed. 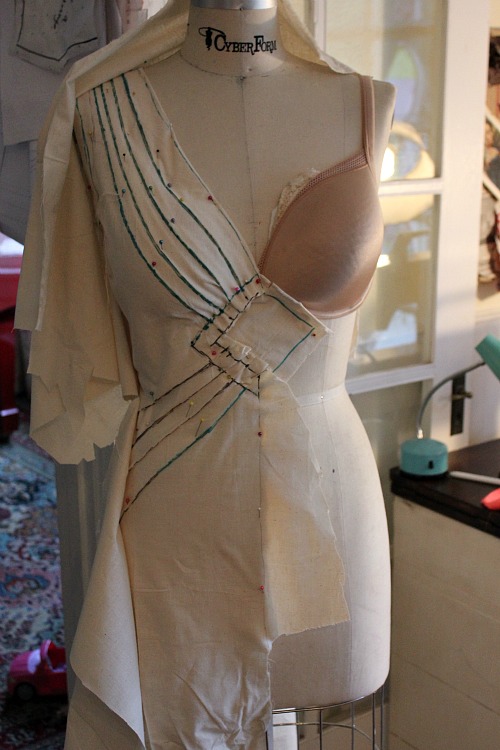 I first draped the dress in muslin, then tried to sew it up in a beautiful champagne colored knit jersey only to have to throw the whole thing away. After I realized what I had done wrong, I decided to make another attempt at my failed dress with some cheap purple jersey I had bought at a yard sale. I had continued my folds into the seam lines instead of smoothing them out to nothing. The drapes were only supposed to be in the center of the dress. 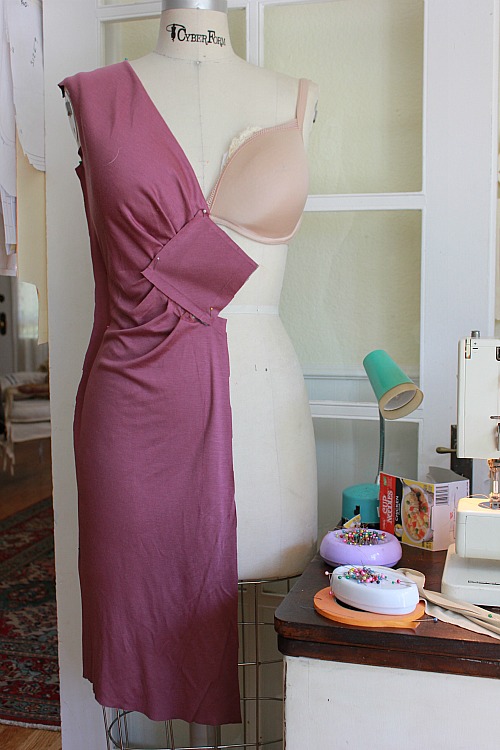 It was looking pretty good but the draped part of the neckline had stretched out. Probably because that area was on the bias and the knit wouldn’t behave. I tried attaching interfacing to the edge of the neckline but that made the matter worse. Then I sewed some elastic into it and it looked horrible with weird little gathers everywhere. I decided to use elastic thread and that wouldn’t work either. 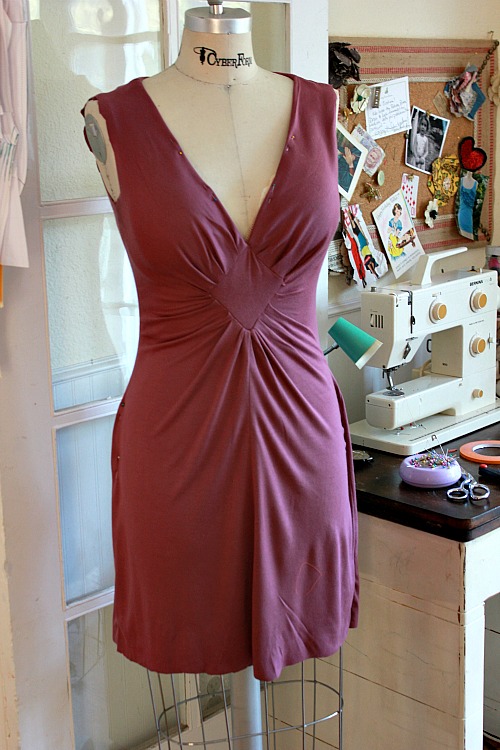 Finally I just decided to quit the whole project.
It’s important to know when you have been licked! 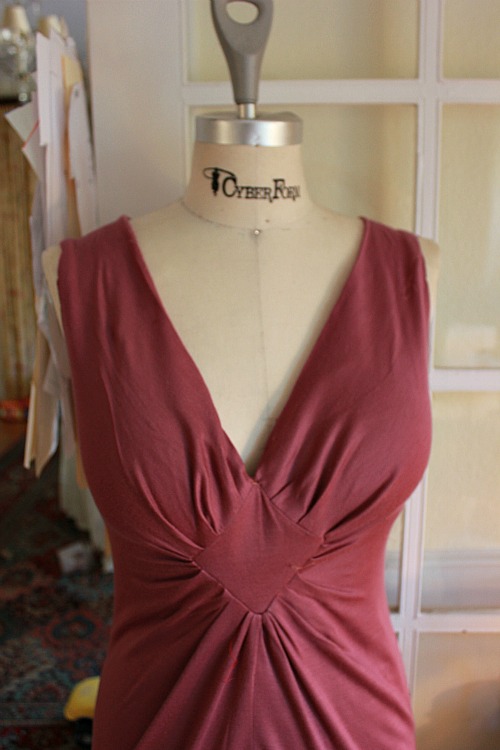 But on the bright side, I did practice my draping skills.
With the purple dress I just pinned the fabric directly to my form. I was starting to feel very smug with my first attempt at draping this new style when I realized the neckline was a total failure.
I really do love the draped effect and will try this again sometime in the future but for now, I am so done with it!
This wasn’t an original design anyway. I was practicing a project from my old draping textbook.

The art of fashion draping

by Connie Amaden Crawford.
If you are wanting to get into the art of fashion draping yourselves it’s an excellent book and guides you through all of the basics. This draped dress is one of the more advanced projects. You would start off with a basic bodice and a princess bodice and grow from there.
I love draping!
Funny how every time I start to feel like I am hot stuff I am humbled by a small detail.
Sorry I didn’t post my link party this week. I was out late last night then went to pick up my son at LAX who is home for Easter. I will be back on schedule after Easter!

My Mad Men Dress: Joan Holloway On The Farm