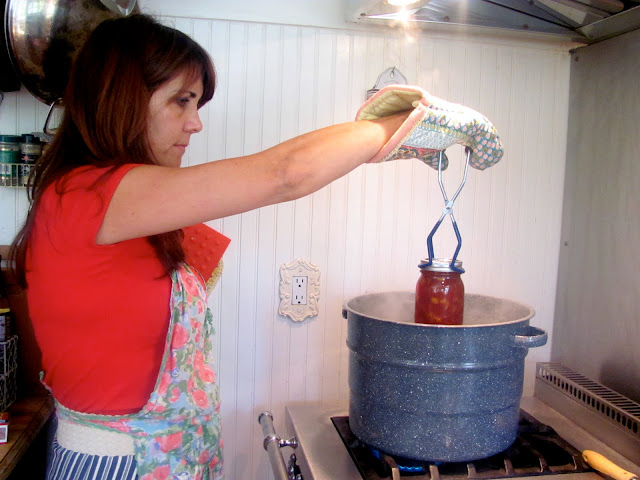 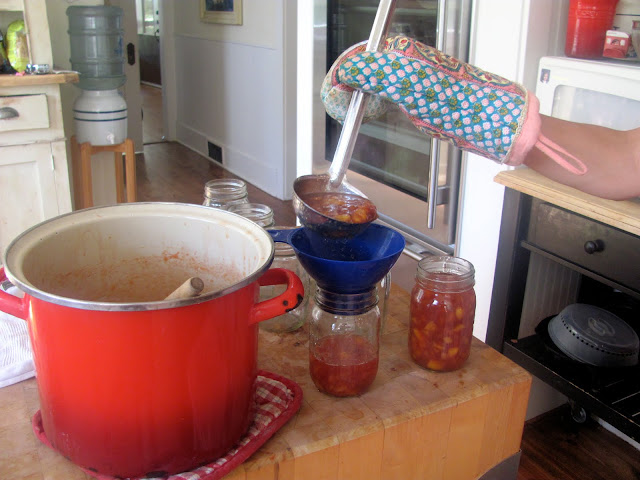 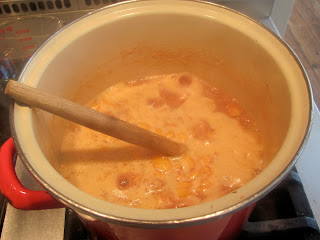 It’s Summer everyone and the nectarines are ripe on the trees . Let’s get busy and make some jam. You’ll be glad you did when you wake up on a cold winters morning and open your homemade jam. 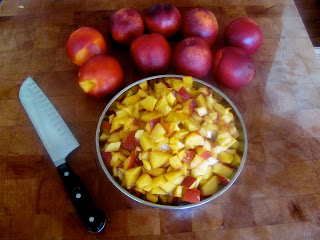 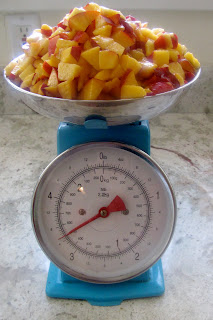 1. Fill canning pot with water until it is full enough to cover canning jars by about 3 inches when they are standing in it. Boil water then put empty canning jars without lids in water. Place lids and screw tops alongside them. Turn down to a gentle boil and boil jars for 10 minutes to sterilize them. Remove jars and lid and place on clean towel to dry.
2. Wash nectarines and slice them in half then remove pits. Chop up nectarines into small pieces and cut up enough until you get about 3 1/2 pounds. Place nectarines in a bowl and sprinkle with the juice of a lemon to prevent them from browning.
3.Put nectarines into a stock pot and add 1 1/2 packets liquid pectin and bring to a rolling boil. A rolling boil means it will keep boiling even while you stir it. Boil it for one minute.
4. Add the 4 1/2 cups sugar and bring to a rolling boil again for another minute. Turn off heat.
5. Cool slightly then use a soup spoon to funnel the jam into the sterilized jars. Use the jam funnel. Fill almost to the top then wipe off any jam on the top of jar.
6. Put the tops on the jar and screw the lids on tightly. Bring the water in the canning pot to a boil again and place jars inside pot rack with the jar tongs. Wear pot holders because it is really hot and I got a burn from the boiling water once. Boil the jars fot 10 minutes, remove, and voila ! You have nectarine jam to enjoy. Congratulations !