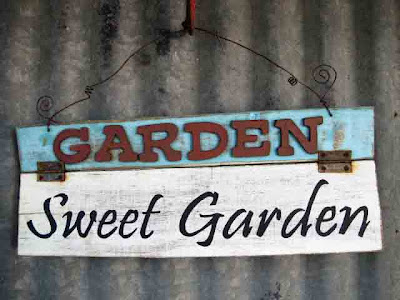 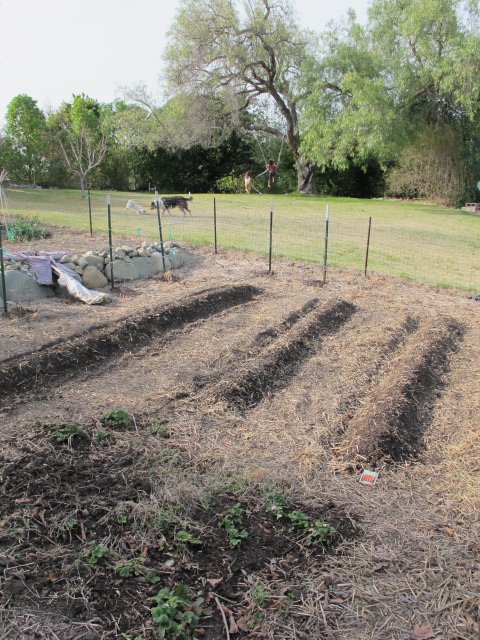 Raised beds are a good way to plant seeds. You make a long mound and put the seeds in little rows on top. Here we have carrots, radishes , and beets. To be honest I’m not quite sure why you are supposed to make these little mounds. It has something to do with water drainage. Richard spent hours doing it and it looks so neat and orderly. Not surprising coming from a person who organizes the bills in his wallet by denomination and all facing in the same direction. Suze Orman once said people who organize their money this way have a great respect for it and attract more into their lives. Sounds good to me. And have you ever noticed her wacky jackets? 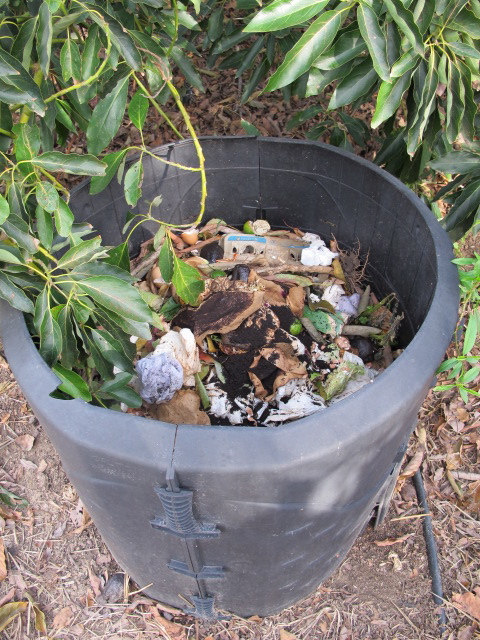 Our compost bin which we use for kitchen scraps. We have been putting stuff in it for three years and have never had to empty it. The scraps just decompose into dirt and there is a little door on the bottom that slides up and out comes the compost fertilizer. It’s so cool! Yes the plastic looks a little ugly and some people have built some really nice ones. I have an old wooden rabbit cage with wire sides I’d like to turn on it’s side so the doors are at the top. It would make great com poster.compost should get plenty of air and water to break down quicker. 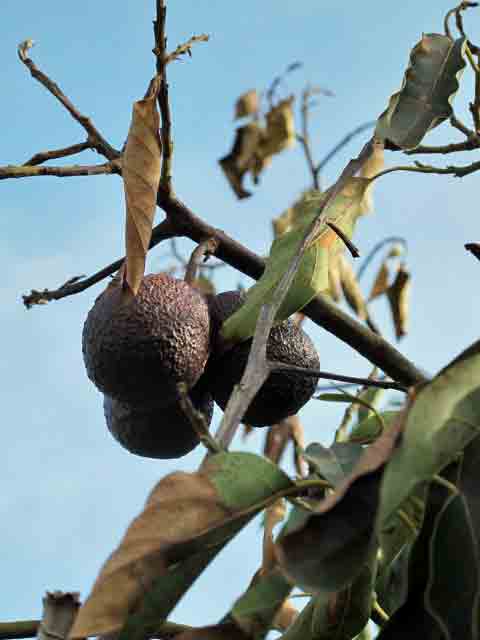 Some of the avocados on the Haas avocado trees are ready for picking. This area used to be called ” the Citrus Capital of the World” but farmers can’t make much selling oranges anymore so most of my neighbors have planted avocado trees instead. The brown leaf shown here is the result of a frost and freak hailstorm a few weeks ago. Avocados don’t like that. I’ll have to post Lilys’ favorite guacamole recipe. 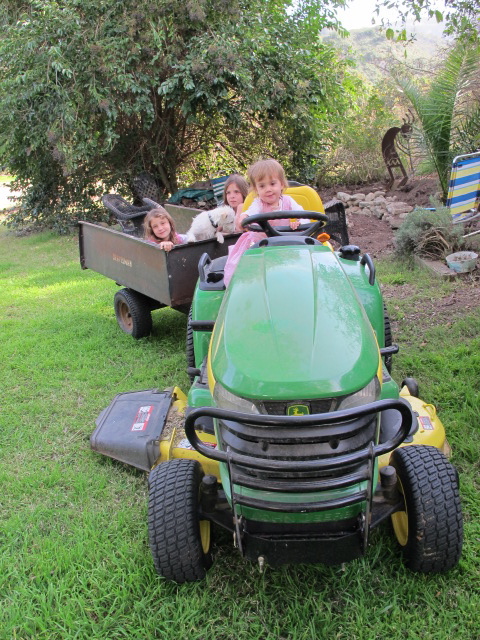 Gigi climbed up on the mower by herself when I wasn’t looking.
P.S. To share your composting ideas and photos post them on the Sew Country Chick wall by clicking the Facebook badge on my sidebar!