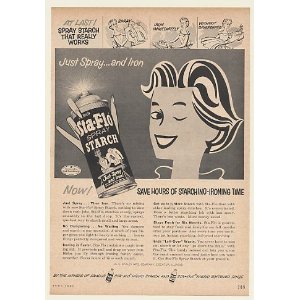 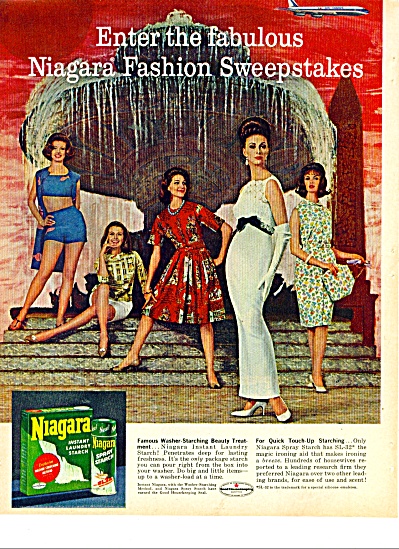 So what’s the big deal about spray starch? Most people these days don’t even iron their clothes, let alone starch them! Isn’t starch one of those old fashioned things that added hours to our grandmothers’ workloads? Clothing starch has been used on clothing since the 16th century when it was used to stiffen the large collars, or ruffs that were in vogue. At one time people actually dipped their wet clothes in a solution of water , boiled and mixed with the starch that came in boxes. Then it was hung on the line to dry and ironed while damp. It was a lot of work, to be sure. It was common to treat linens this way. If you have ever been to a yard sale or flea market and picked up an old tablecloth that has that stiff card-boardish feel and perfect creases and wondered how people did that, now you know it’s starch. If you look at old photos you can’t help but notice how crisp and neat looking the clothing people wore back then was.
The invention of spray starch was a real time saver for ironers in the fifties. It was no longer necessary to stir up the powder into a bucket and dip the clothes into it. Just a little spray at the ironing board would do it! Canned aerosol spray starch is still available today. It does work wonders for your vintage sewing projects and gives that crisp, stiff feel essential to a fifties style dress. Collars, cuffs, blouses, and petticoats were routinely starched.
So what is in these cans of spray starch?
Water, Propellant, Film Former, Ironing Aids, Quality Control Agents, Fragrance Hmm.. What the heck does that tell us? Not much. But there is a stamp on the can claiming no CFC’s which deplete the ozone layer are in it.
I was at the 99 Cent store the other day and saw a can and bought it. I have been working on a thrift shop refashion; a yellow nineties linen dress with a big white crochet collar which I wanted to turn into a fifties style frock. I was done with the project this morning but it just didn’t have the oomph I was looking for. So out came the can of starch to give it that crisp stiff feel I like on linen. 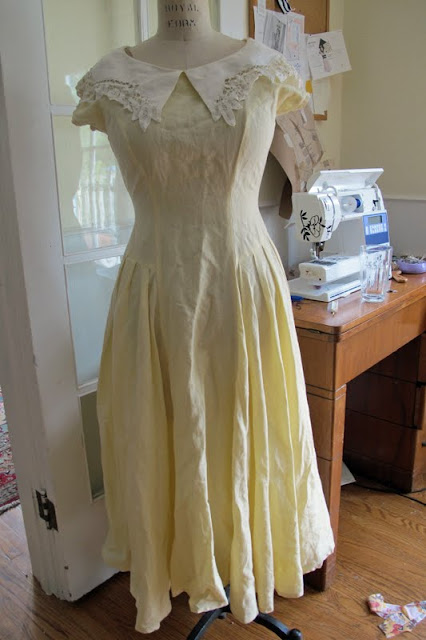 The dress from the thrift shop when I brought it home. I like the linen fabric but it was tea length which I don’t go for, and longer in the back than the front, making it more formal. 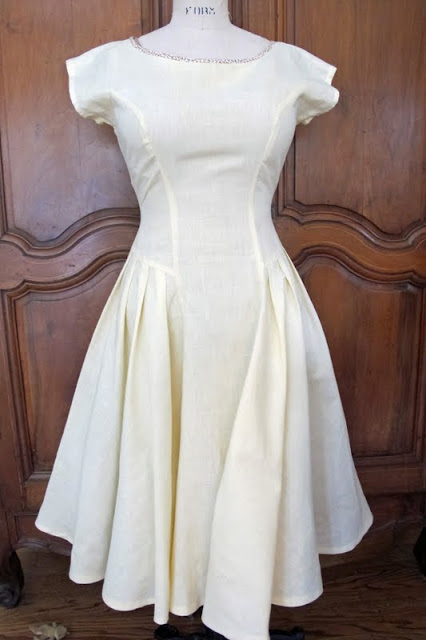 The dress after I removed the collar and facing. I added some vintage bias binding I had and hemmed the skirt. I starched it and put a crinoline skirt under it, giving it a crisp, swingy, feel 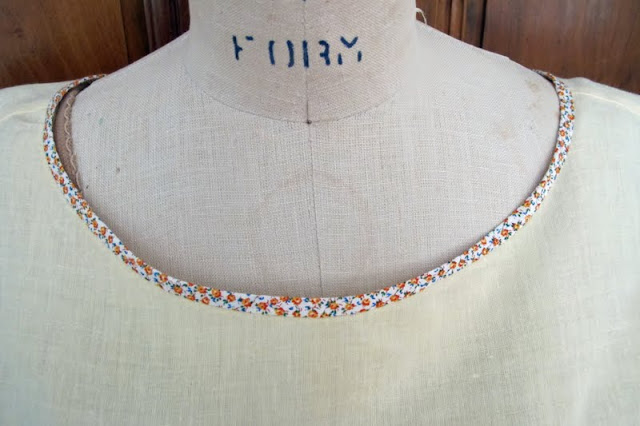 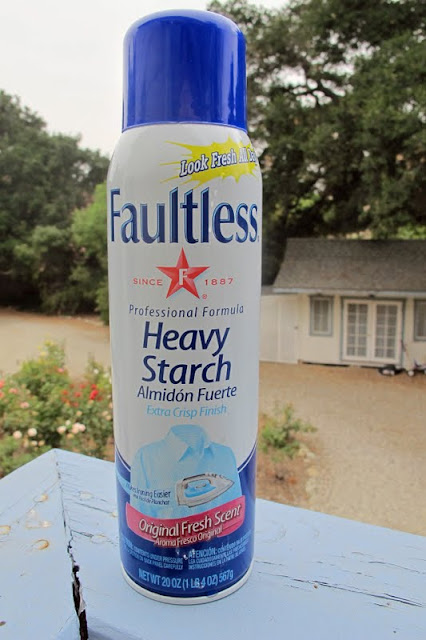 7 Tips For Buying Kids Clothes At The Thrift Shop