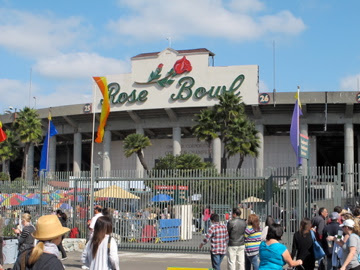 You might think that a flea market in a major metropolitan area like Los Angeles would be overpriced but I can assure you the Rose Bowl Flea market still has many diamonds in the rough that can still be found. That’s because prices for stalls range from about 250 dollars for the best situated stalls to only about forty dollars in the farthest reaches. So this flea market runs the gamut of professional dealers selling at retail prices to people just cleaning out their garages and wanting a venue where they will get a lot of traffic. I have sold there myself, and there are a LOT of people so you want to get there early to get the pick of the day and also  because the Pasadena area gets very hot in the late spring and summer months. The Flea Market is huge, taking place in the perimeter and parking lots of the famous Rose Bowl Stadium, where college teams play on New Years Day after the Rose Parade ends. 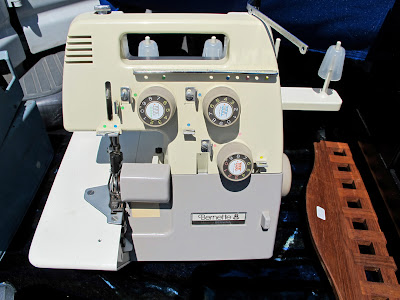 If you sew and should ever find yourself in the Los Angeles vicinity on the second Sunday of every month, you should plan on attending. It hasn’t been named one of the top ten flea markets in the world by various publications for nothing! I attended this past Sunday with some friends from Chile who will be returning home soon and wanted to see it and my trusty side kick, my eight year old daughter who is a vintage toy aficionado and chronicles her finds on her own blog here.
Here are some of the bargains we found: 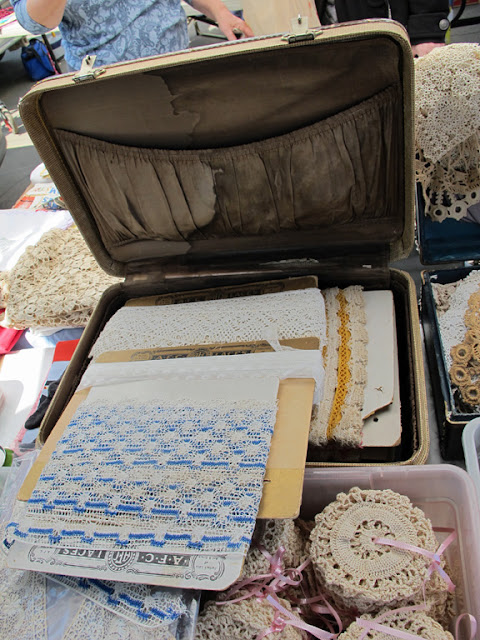 A variety of vintage crochet trims and laces. 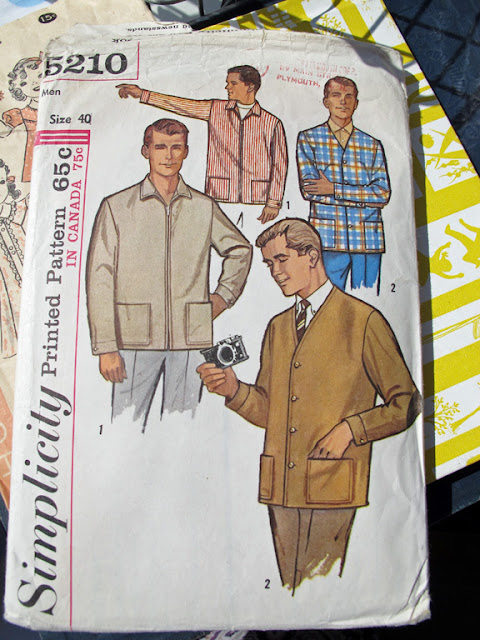 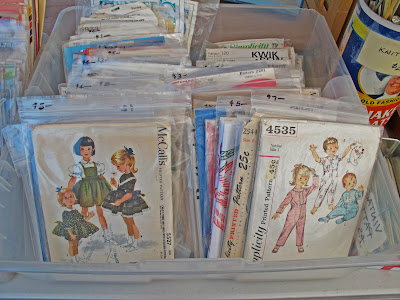 Vintage kids patterns from two to five dollars each. 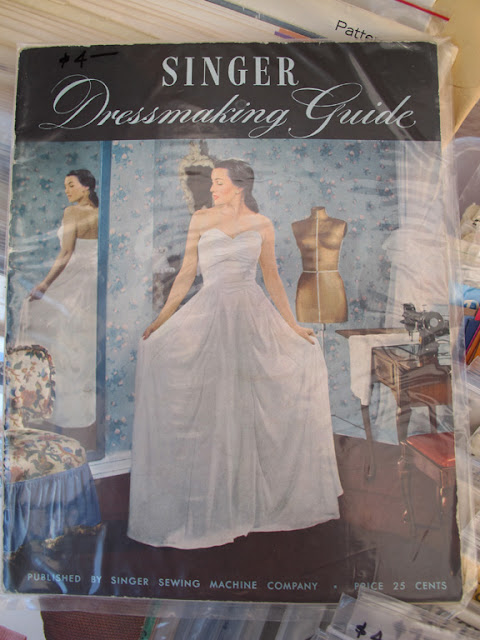 A dressmaking guide from 1948 for only four dollars. I’ve already learned to do some pattern alterations from it so it has already paid for itself. 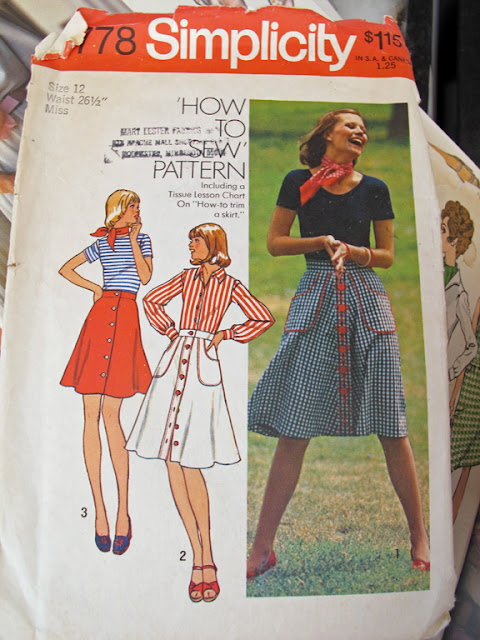 A cute 70’s pattern I’ve already started sewing. This one was only one dollar! 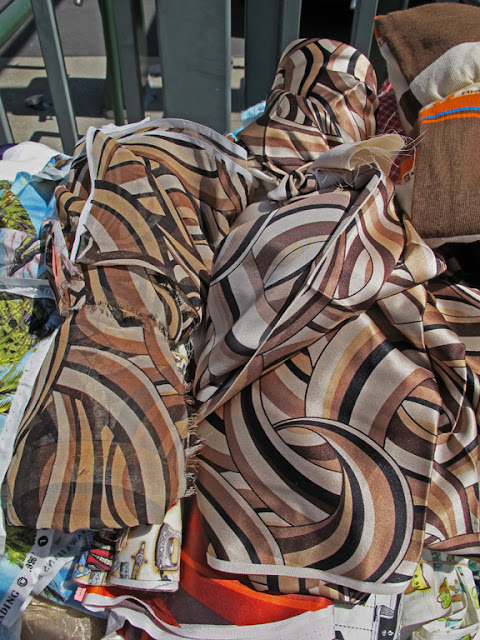 Gorgeous matching silk chiffon and silk charmeuse which I bought for only two dollars a yard. 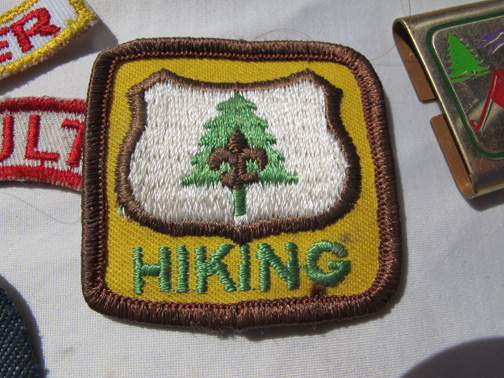 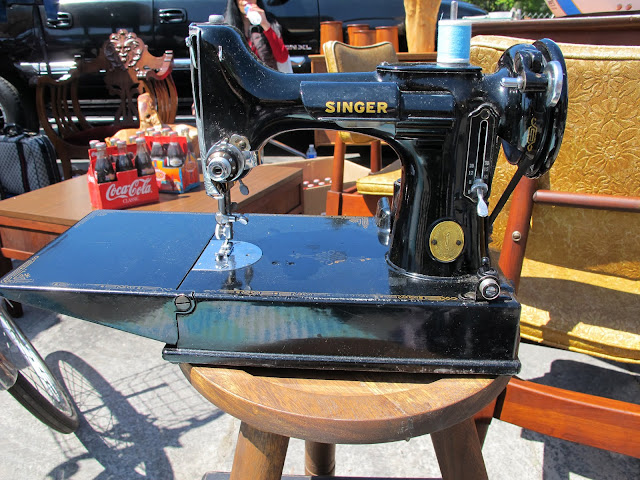 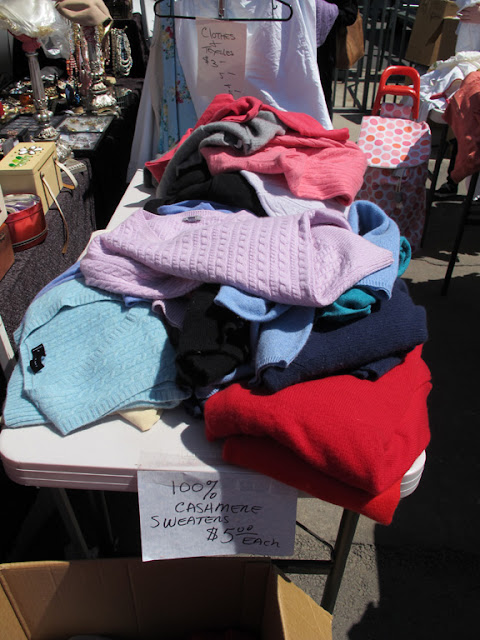 Cashmere sweaters for you upcyclers for five dollars each. 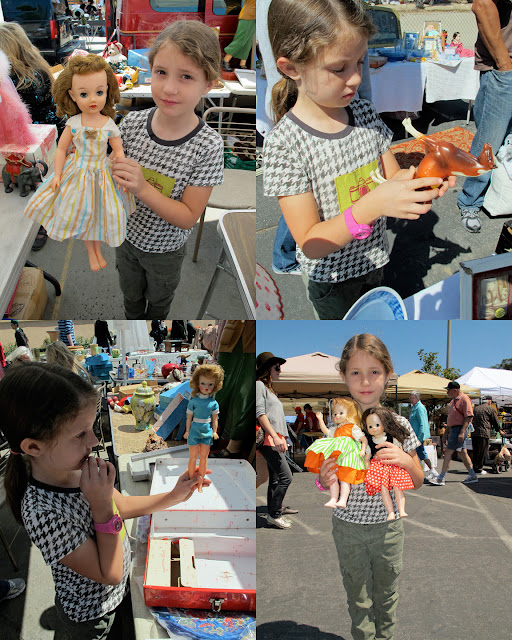 And here is what my shopping partner found. She examined a variety of vintage dolls and Breyer horses which she collects but ended up going home with two Madame Alexander Sound of Music Dolls from 1962 which she found at the bottom of a box under a table and bargained for. She convinced the seller to lower his price from thirty dollars for both to twenty! That depleted her funds for the day so she went home happy.