I had no idea starting a blog to post about things I make would create so many new interests for me. Like photography. Today I ordered my first DLSR camera, a Nikon 5100 . I have been reading a lot about photography lately.There is so, so much to learn! A few blogs that have creative and inspiring photography I love are Mena’s photos of her projects on The Sew Weekly, Kathleens photos at Grosgrain Fabulous,  The Pioneer Woman, and Miss Mustard Seed . They also have some great articles on photography.
When I first started this blog in 2010 I was using a point and shoot camera that my teen daughter broke at the beach. Since then I have been using a Canon G12, a great everyday camera that can be adjusted manually, but just doesn’t have the great lens quality of a DLSR camera. You can’t get any Bokeh effects on it and I love Bokeh. Bokeh is a Japanese term for a photo were the subject is in focus but there is a nice soft blur on the background. It’s so beautiful and professional looking.
Now even if I do get amazing at taking photos there still is the problem of “Who is going to take a great photo of me when I want to show off something I made?” 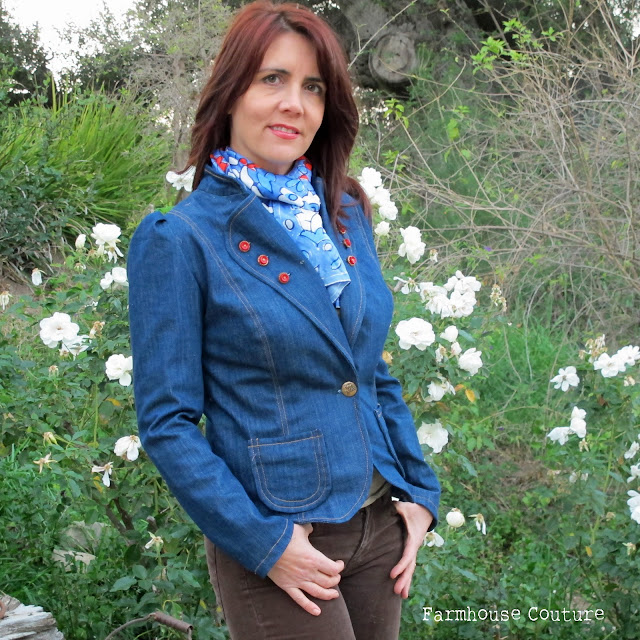 My dad took this shot. I wasn’t happy with most of them even though he is great photographer. Let’s face it, I’m not in my twenties or even thirties anymore like most ” Blogistas” out there, and I’m very self critical. Especially since I have gone up a size since weaning Gigi and eating too much over the holidays. It’s not so easy to lose weight anymore and I have to practically kill myself to lose like, two pounds. But I won’t take photos of my things on a dress form. I made the clothes for me and not my dress form and I love an excuse to get dolled up. Photos are kind of funny because most of the time I won’t like the photo but then when I revisit the same photo a year or more later I think “Hey I looked pretty good! Why did I hate this picture?”
I probably sound like a vain idiot right now. Can I blame that on growing up in Hollywood? 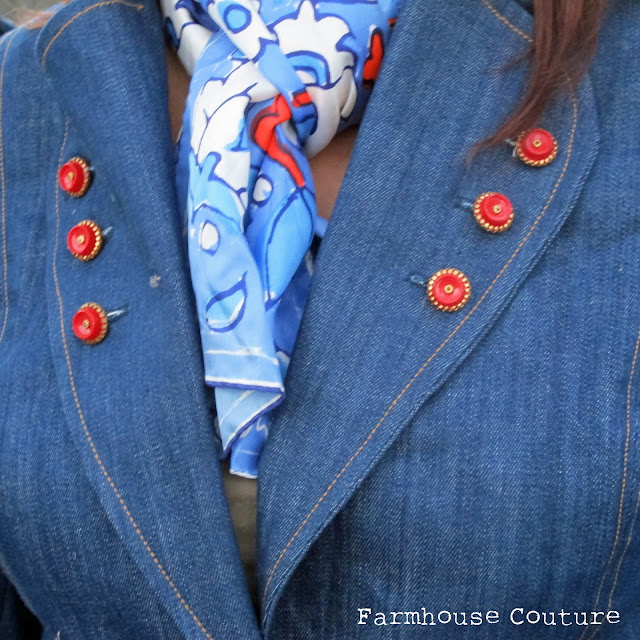 I had already cut this fabric when I read about the buttons challenge at Sew Weekly. I was considering not making this version because I was afraid I would mess up my buttonholes yet again but I soldiered on
I’m quite happy with how it turned out.
I used some denim fabric I bought in downtown LA for two dollars a yard. It had a tag on it from Not Your daughters Jeans. A lot of manufacturers donate their fabric and I have found some really unique designer fabrics down there! But Not Your Daughters Jeans? Ha! My own daughter and I joke about me buying a pair of those. I did buy a pair once on sale and they somehow looked very dorky on me!
It has a seventies vibe to it and I decided to go a little crazy with the topstitching to add to that seventies feel. 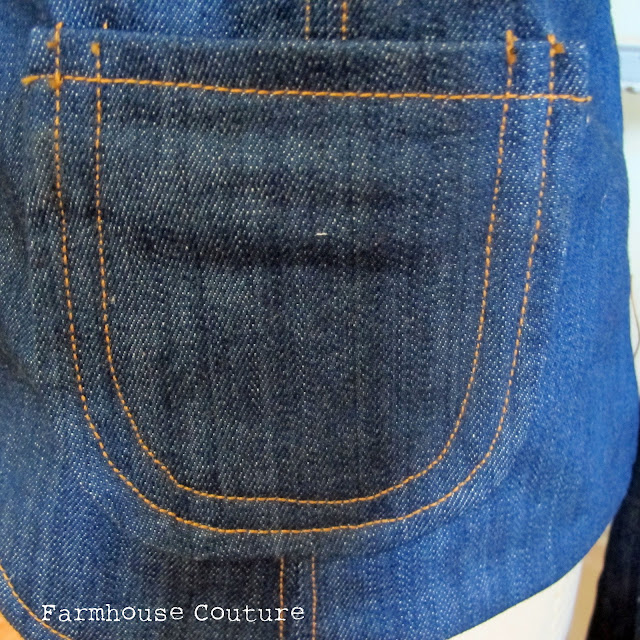 It was very hard to do the double stitched seams and I messed up a little. I probably should have used a twin needle for this. 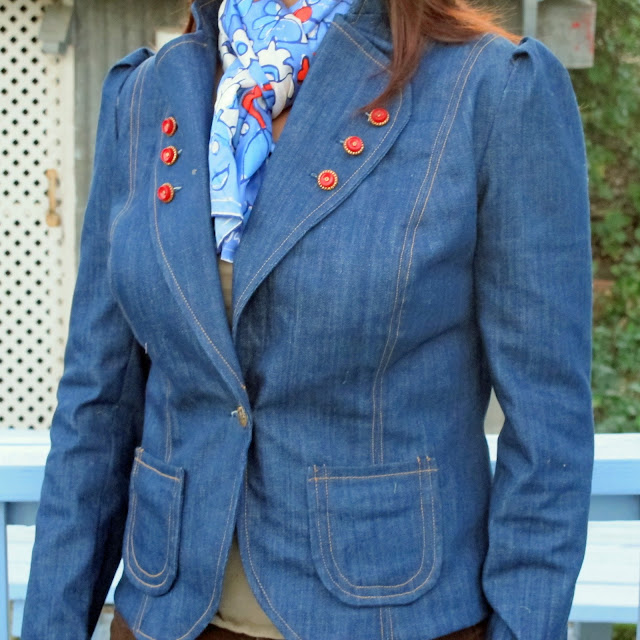 Although I made a muslin there were several fitting issues I had to deal with that I missed in the muslin. My shoulders were a lot more narrow than the pattern and I had to cut some length off the shoulders and reattach the sleeves. I also lengthened the center front princess panel for a larger bust and then I took in the sleeves and the sides a little too.
This is my first jacket!
Even though I went to design school like a million years ago, I was a terrible student and an even worse sewer! We never did learn how to make a coat . We draped a muslin of one but that is all I remember. I spent too much time going out dancing like a lot of young girls.
I used Burda 7994 “The Steffi Coat.”
The Steffi coat  is downloadable here on Burdastyle but I used the store bought version of the pattern which has the big lapeled version I made. The downloadable version on Burdastyle only has the straight buttoned up, no color variation. 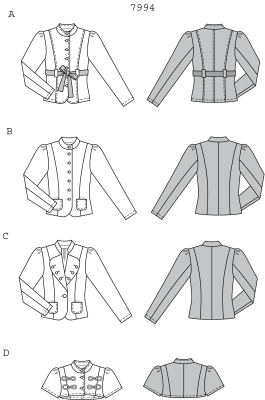 I bought these buttons at a rummage sale. If you look at my blog header you will see I also used them on the corners.