I get asked to sew things for people.
Sometime people are willing to pay and sometimes they aren’t.
I work sometimes as a costume designer for the local theatre .  I am really grateful for of it because not only do I get to do work I love and get paid for it, but I also meet some really interesting people. Recently I was asked by a colleague to work on an outside project of his for no pay. I initially said yes because it sounded like a really fun period piece but in going over the project I realized I would have to put together more than 25 costumes in 6 weeks. I had to let him know it was just too much work for me but that I would help him rent the pieces from a rental warehouse or borrow them from various theaters. 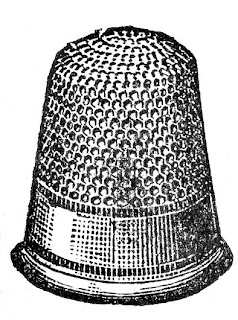 I felt guilty because I hate to disappoint people but I am learning to say no to projects that  will take time away from  my family unless the benefit outweighs the cost.
I created several vintage style dresses in September for a charity fashion show that earned money for an organization called Life Centers. They raise money for girls who are pregnant, don’t want to have an abortion, and want to go the adoptive route. I was happy to donate my time and energies for what I felt to be a really worthy cause. 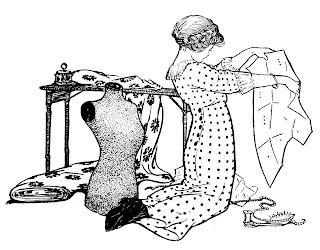 If you have searched my blog you can see I make wedding dresses, first Communion dresses, and baptism dresses for people sometimes. It is interesting and creative work. Since I have started doing this I have had some nice girls ask me to alter their wedding gowns. For those of you who sew, you know that altering ready made gowns can be a nightmare! I would rather make something entirely from scratch than have to do this kind of difficult and tedious work.  I should probably do it just for the money but bridal alterations are really difficult and the work is often undervalued and underpaid. So when people ask me to alter their bridal gowns which are usually made in China and badly fitted, I have to tell them, “Sorry, but no.”
The same goes for other types of alterations. I have to admit, I  hate doing alterations, even on my own clothes I make!
Measure twice, cut once!
A pile of projects for my family awaiting repairs can attest to this.
Does this mean I am a selfish seamstress?
Maybe.
How about you readers? Do you do a lot of outside sewing work for people and what will or won’t you do?
I’d love to hear from you!