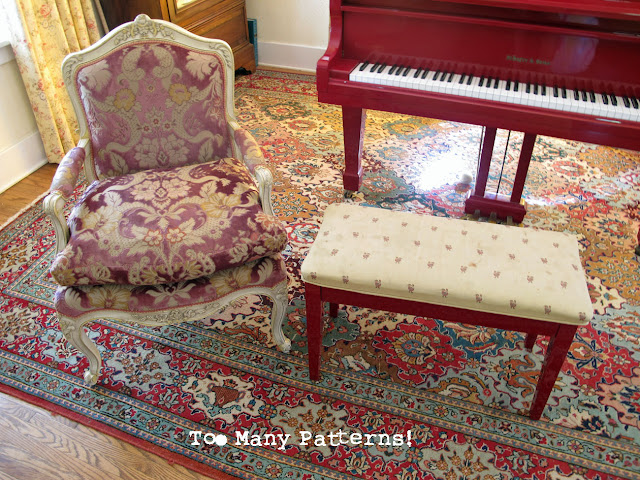 Before we moved here we lived in an old Spanish style house. It was dark inside with dark wood ceilings and curved walls and black wrought iron balconies and decks. It was a a bachelor party house before we had bought and came equipped with the required jacuzzi and wet bar in the den. It was about as different from this light filled old fashioned house as you could get. We had it furnished in a sort of Euro-Regal boudoir style if you could call it that. I had put Venetian marble plaster on the walls and even had made red velvet swag curtains. Sort of like a fancy Italian restaurant. It was probably pretty tacky now that I think of it. Isn’t it funny how our tastes can change so completely?
When we moved I wanted to sell everything and start over because it wasn’t really me but Richard loved the furniture and rugs and didn’t want to part with them so I have been gradually lightening things up on my own. One thing that will probably always stay put is this red piano we bought off Craigslist in Los Angeles. Apparently this piano has a colorful history and once belonged to the estate of Marlene Dietrich and was sold to an Iranian antiques dealer by Ms. Dietrich’s daughter . It was then bought by us from said dealer. Well, that was the story he told us and it does have some cigarrette burns on it so SOMEONE had a good time with it!
The chair is an old French piece which is very pretty but is just too fancy and busy with the rug and yellow flowered curtains. 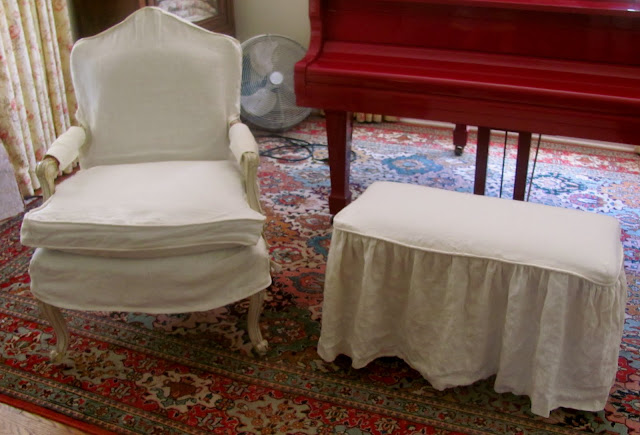 I didn’t take pictures of the sewing process but slipcovers are actually pretty simple. I think a beginner could probably tackle this project. You drape the fabric directly to the furniture and pin it to the seams and trace the seams with chalk. Then you add the seam allowance and cut the pieces. For the skirt on the piano bench you double the width and gather. I made some piping and added that , making the project a bit more complicated. 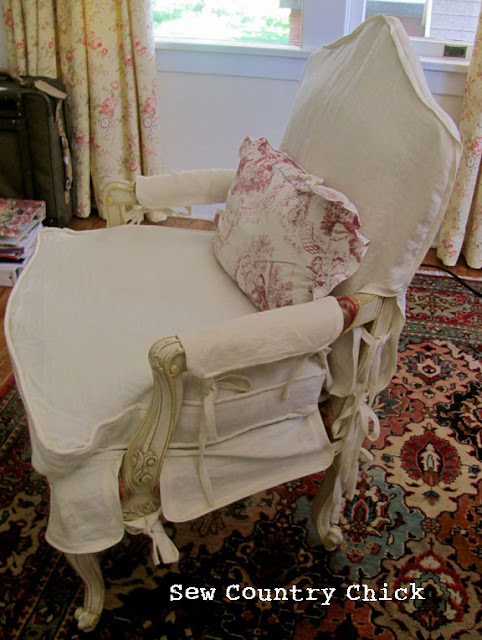 Soup can vase for an 18th century craft cabinet: A story of France