So I have to brag about my daughter a little now. Her school staged Shakespeare’s As You Like It last night and they all did a great job. It seemed that everyone remembered all their lines too which is pretty hard with Shakespeare! Isabelle played Phoebe, the fickle shepherdess and she really enjoyed playing the vixen. Kudos to the makeup person as well because on the way home my husband said,” Allan has so many lines on his forehead for a young guy. He looks really stressed,”Allen was playing an older duke and had lines drawn on his face to make him look older.” I guess I really do need to get some glasses”, was his reply after I told him it was just makeup!
I provided the girls’ dresses below. 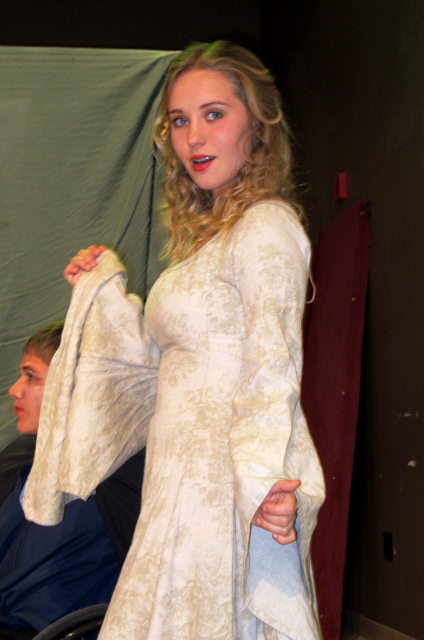 Isabelle as Phoebe in a dress I originally made to go to a Renaissance Fair. 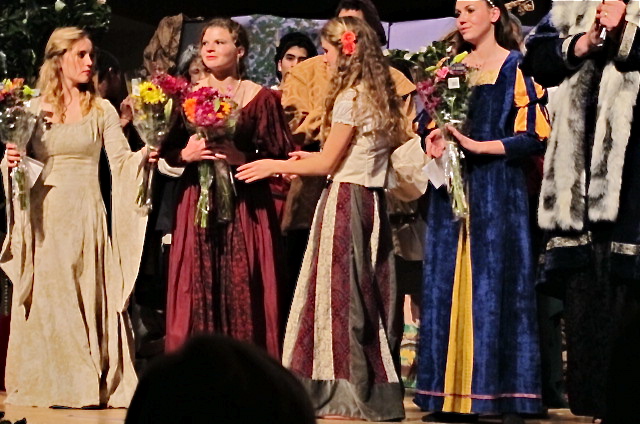 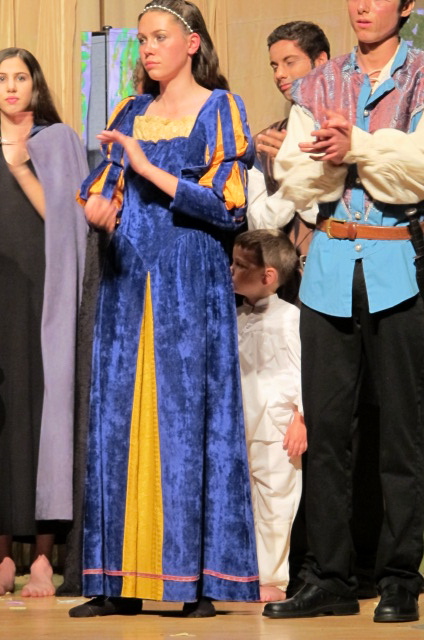 “Rosalind” in a remodeled dress I got at a thrift shop. 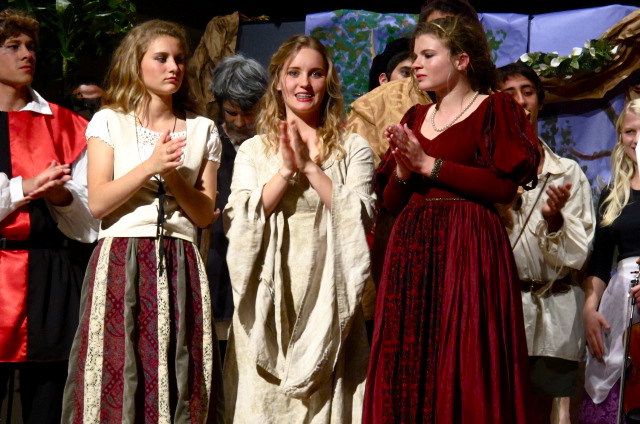 The skirt on the left was made from upholstery fabric, I made the one in the middle and the red one was also found at a thrift shop.

Sewing for the theatre. 1916 costumes