So this week I decided I needed some printed leggings after taking a trip to downtown LA  to buy some trendy fabrics to inspire me. When I spotted some tribal looking stretch lycra at Micheal Levine fabrics for five dollars a yard I snatched up a yard and a half. I have been loving some of the tribal style printed leggings I have been seeing lately and wanted a pair too ! 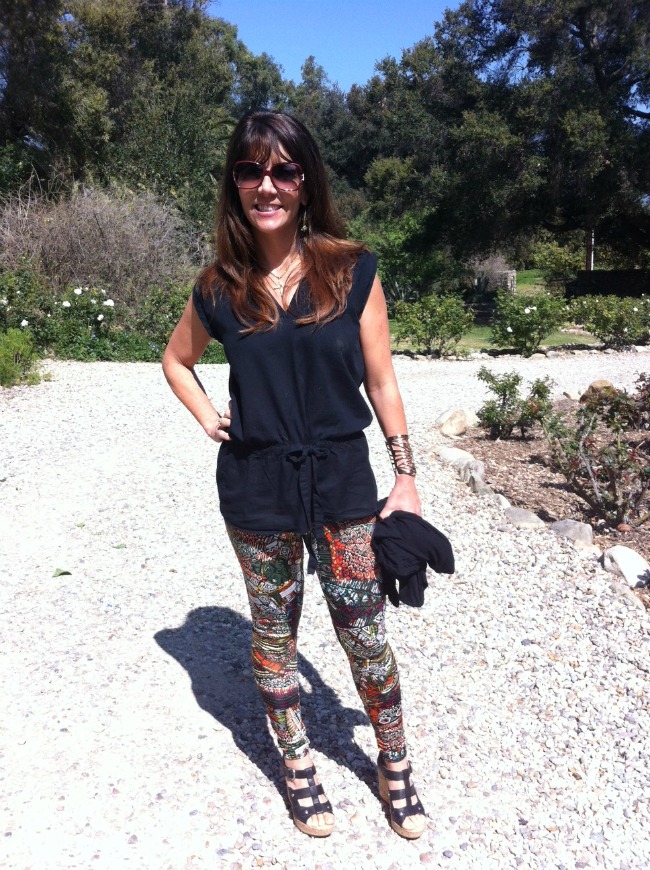 This fabric wasn’t the exact one I had in mind but it was close enough. I used a Burdastyle pattern from the website and after shaving it down I would say it is about three sizes smaller then the recommended size for my size which is 38. I wouldn’t recommend this pattern to you because of the major sizing discrepancies.

Can I just say how frustrated I have become with sewing patterns that are way bigger then they are supposed to be?
I also have no excuse except sheer laziness to be buying patterns at all. I know how to make them and I also have three dress forms !
I have been wanting to start a pattern line for awhile now and have been busy working on some new designs for it. Stay tuned! 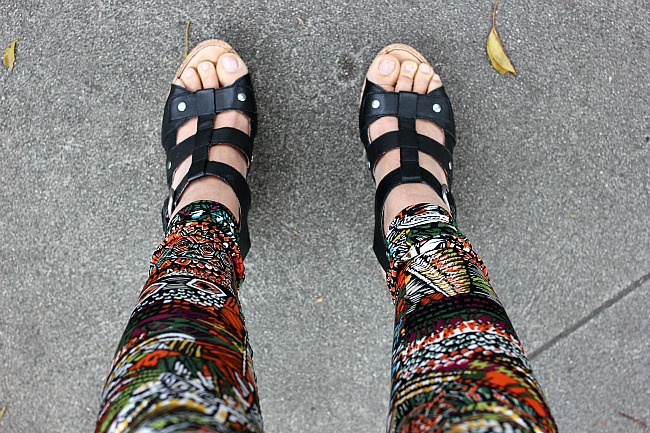 Gigi also needed some leggings and I wasn’t about to go to the hassle of printing out another pattern and taping it together, only to have the fit way off again, so I drafted her a pair of leggings from my Metric Kids Pattern Cutting book. It was really easy to draft these leggings folks,and if you sew for kids you will love drafting their patterns too! 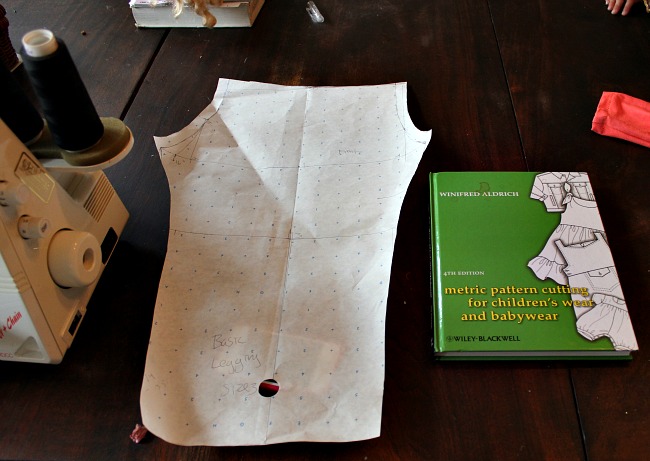 The book comes with default measurements for each child’s age in case you don’t happen to have a squirming toddler handy to take measurements on. I wasn’t in the mood to take Lily’s measurements so I just used the default ones in the book. They were a little big but with some minor adjustments I fixed the slight bagginess. 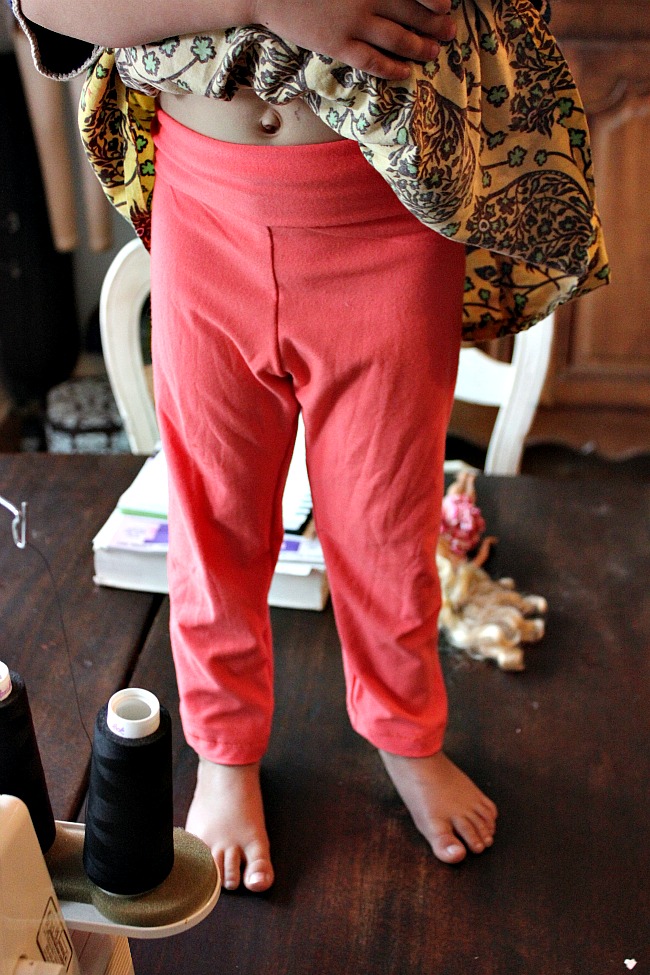 This was my pattern before adjusting. I added a roll over waist band to make them look like yoga pants. 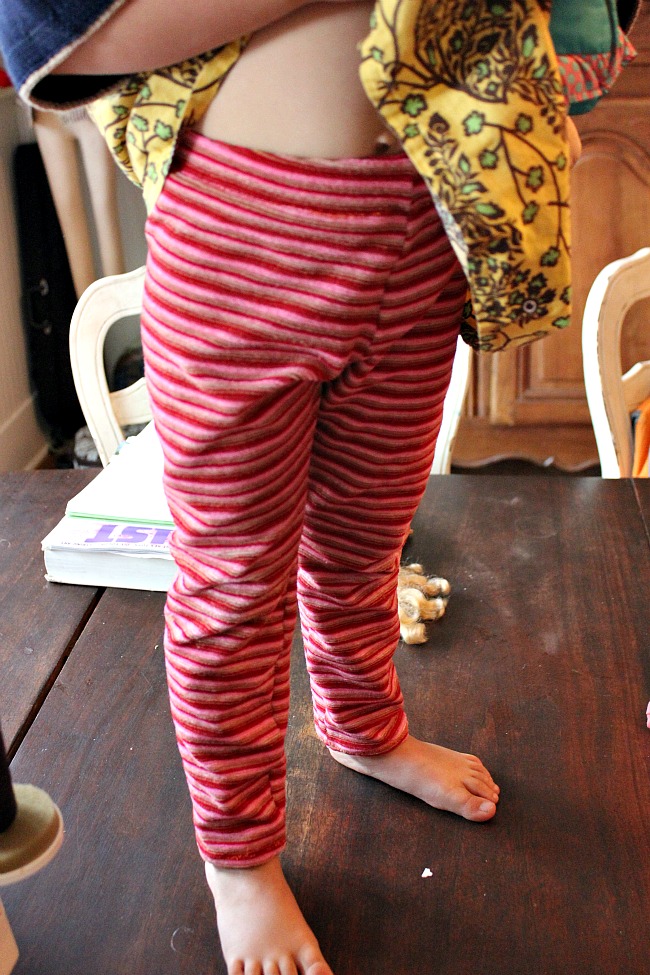 This is the same pattern slimmed down a little. Not perfect but close!
The thing about drafting anything that is going to be made of stretch lycra is you have to take into account something called NEGATIVE EASE. The pattern actually has to be a little smaller than your measurements to fit right. Gigi’s pattern I drafted doesn’t have any negative ease so they fit more like normal pants. Next time I will make them a little smaller over to give the legging look.
After making Gigi’s legging pattern I decided Lily needed a basic t shirt pattern that I could use to draft her a few spring dresses. Here is how her basic t shirt block pattern looks: 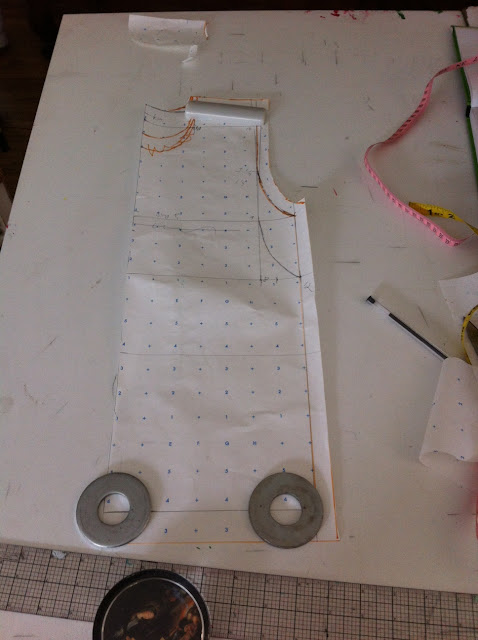