Last year when I visited France I brought back a couple of Burdastyle magazines. They had some great summer fashions and I decided to make a beach tunic this week.When I opened up the large folded section which contained all the patterns, I was confronted with about a 3 yard square of what looked like so many random diagrams and lines that my head started to spin! It probably didn’t help that all the directions were in French. Although I like to think I can carry on an OK conversation in French, reading sewing directions is another story. 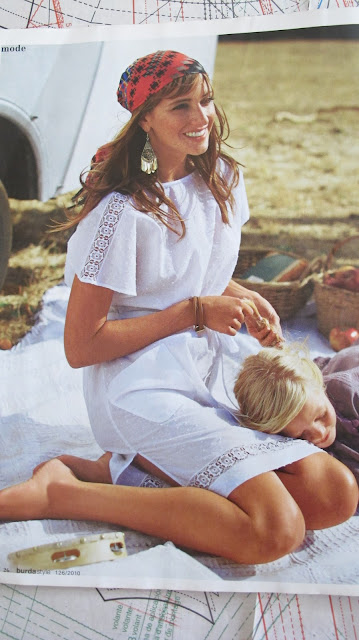 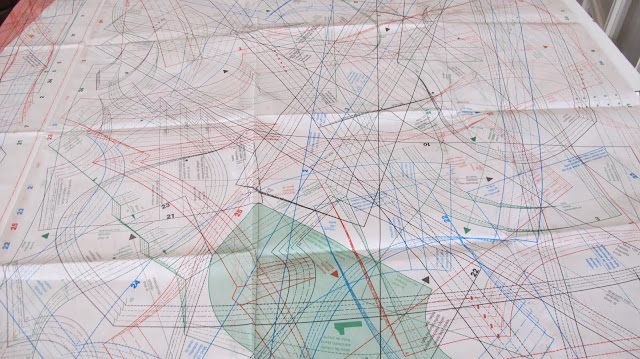 I examined the small drawing of the tunic I wanted to make for the pattern numbers so I could look for them on the sheet. The numbers were 21 and 22. “Easy enough.” I thought, until I found several diagrams repeated with the same numbers all over the big paper. “Well why would they use the same numbers on  different patterns?” I thought, “Just to confuse me more? That is so French!”
Actually the magazine is written in Germany and it was just a French translation…
It turns out that in the sewing directions there is a tiny box next to each pattern drawing that tells you where on the pattern map you can find your pattern. It’s exactly like reading a map. Each square section of the big, two sided paper has a letter, and the box tells you what letter to find your pattern in and what color your pattern will be outlined in. 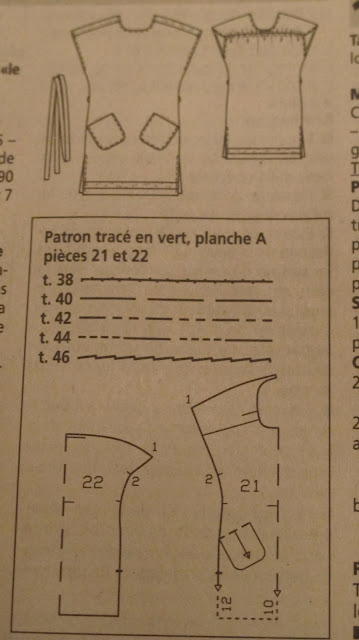 My pattern pieces could be found in section A and would be outlined in green. ( vert )
So that was the method to the madness!
But it wasn’t done  yet! 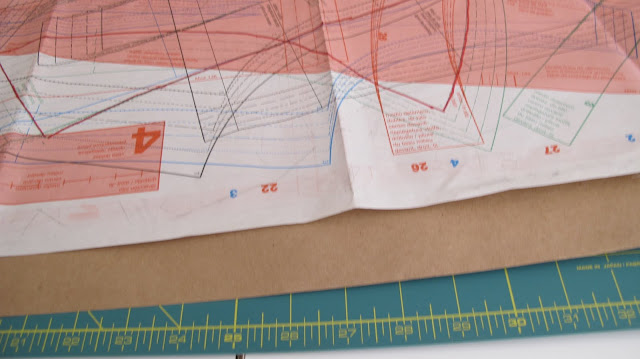 You have to trace the pattern. I used butcher block paper with a self healing mat underneath it and  traced the patterns with my spiked pattern wheel. I then sketched over the little dots left by the wheel with my pencil.
But wait, there is still more! You didn’t think they would make it that easy, did you?
I still had to add seam allowances. They do make you work for these patterns, don’t they?
This project had better turn out well! I thought. You will have to tune back in a couple days to see the photos… 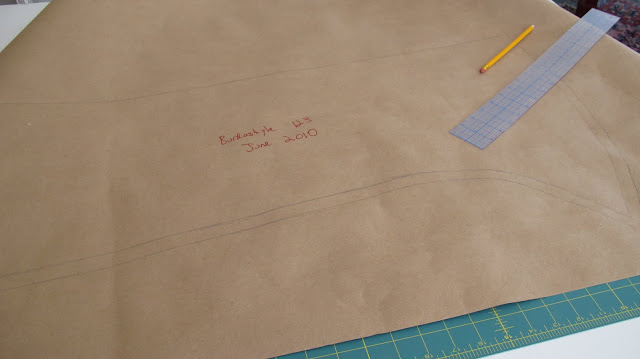 In conclusion, I decided there had to be an easier way to trace the patterns and found some pattern tracing fabric pictured below at Nancys Notions. It’s non woven, like interfacing. You place it on top of your pattern and trace it with this little pen wheel sold with it. You can baste the material to check for fit before you cut your main fabric. Then you can take out the basting thread, iron it and use it as a pattern.
Neat, isn’t it? it’s washable and reusable.
This is also perfect for tracing my vintage patterns which I don’t want to cut into. 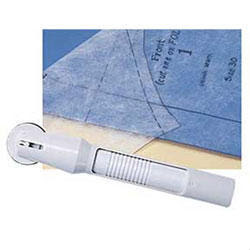 Sew Along A line skirt Part one