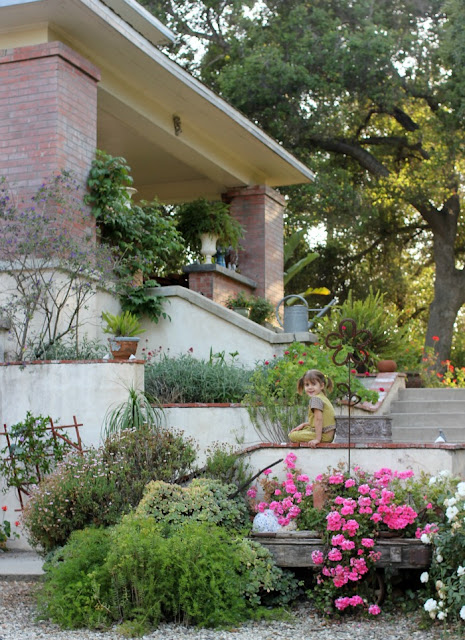 Eight years ago  I was a pampered housewife living  in an exclusive area of Los Angeles.

My husband and I spent our weekends going to swank bars, nightclubs, and Hollywood parties. We rubbed elbows and drank martinis with celebrities, heiresses, and lots of fake people.

I wasn’t shocked to find the husband of a couple we sometimes went out with that lived on the beach in Malibu, arrested for running a huge scam were he bilked millions from folks in the midwest to fund a Christian movie company that didn’t exist.

Like many people in Los Angeles, you never knew quite what the real story with anyone was, as many people had a facade they showed to the world. That extremely wealthy looking man who pulled up to the club in his Ferrari might be living in a small rented studio, and the car might be leased.

I myself had grown up on the east side of LA, my dad a sound editor for the movies, and my mom was an ex hippie. I married right out of fashion design school to my husband, ten years older than me. His business had thrived so I had quit my budding career to raise the kids. We were riding the whole technology boom of the late 90’s. We thought it would last forever. Little did we know everything would change for us after The Great Recession of 2008….

I had long since stopped making clothes or being creative. The Hollywood lifestyle was wearing me thin, and one night, lying in bed awake, I told my husband I wanted off the merry go round of our lives. I wanted to live in the country, away from all the noise and chaos of LA, where we had both grown up going out to clubs and parties since we were both young teenagers.

Luckily, I have a husband with an open mind. He wanted to change too. He wanted to start farming, and I wanted to homeschool the kids. We had recently sold our house in France, so that was no longer an option. We decided to look locally for a new life.We searched for an old farmhouse and found the perfect one about and hour and ten minutes out of LA. But a world away. 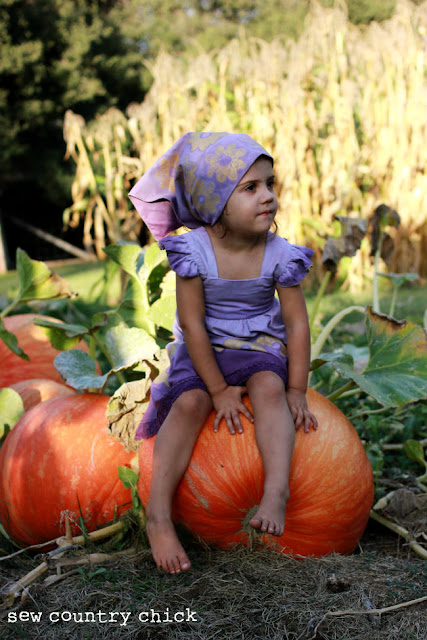 We traded in our fancy cars, got a truck and a mini van, and I learned to ride a quarter horse at a ranch across the road. We are surrounded by avocado and orange ranches and live across from a river in an area that has looked the same for the past hundred years, almost forgotten by time. We are a few miles outside of a small farming town, with few restaurants besides taco places, so sometimes I pack the kids in the car, drive them down to LA and take them to a museum so they can have some culture. 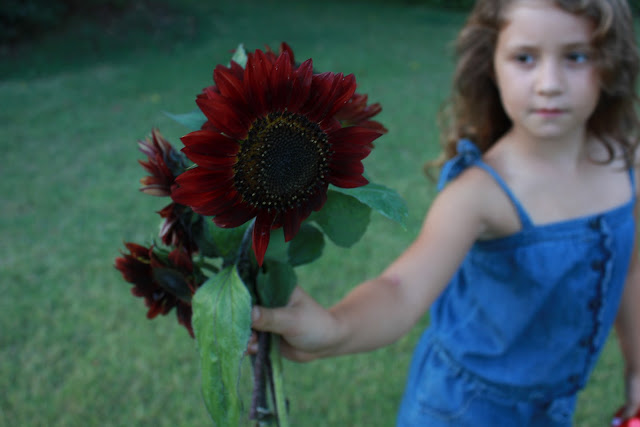 We raise chickens, make jam from the fruit on our trees, have homeschooled, go to church, grow our own veggies, and I now make most of the clothing for myself and my girls. Even though I am only an hour and ten minutes from LA, I still find it hard to believe I had never heard of this place before I moved here.

When I became pregnant with our fifth child four years ago, I started to sew clothing regularly again, rekindling my love of making clothes. I started my blog Sew Country Chick to document my progress. I am now designing most of our own clothing, making patterns, and considering selling some of them.

Making things has become a way of life and so much more rewarding than an endless cycle of consuming that many Americans are hooked on.

I’m not trying to say that living in the city is bad, and plenty of creative people do live there, but for me, moving to the country was the best thing I could do. I had to get away and slow down to find out what it was I wanted to do.

Dreaming of an Old Fashioned Clothesline

How I learned to sew